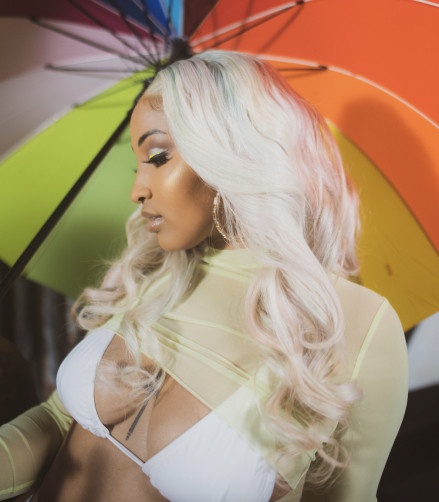 What is summer without a sure fire banger from one of the Caribbean’s most exciting breakout stars, Shenseea. The twenty-three year old Interscope/Rich Immigrants signee has been on an exciting ascent and today she releases new single “Sure Sure.” Shenseea is fully in her element on this track switching between her bold delivery of patois rhymes (called ‘deejaying’ in Jamaica) and treating fans to dulcet hooks — all coming together for a track that is hard not to move your hips to — produced by Platinum selling producer Rvssian and Pyroman. Listen to the song, which comes with an equally fun and bubbly music video above.

Shenseea’s love for her #ShenYeng community is unparalleled as she consistently drops tracks to serve her fans, racking up millions of plays across Youtube and DSPs. It’s no surprise that outlets like New York Times, Billboard, FADER, The Guardian and more are calling her the next big crossover act. At work on her major label debut album, Shenseea continues to shake up the conversation around dancehall and instill fresh and fun energy that aims to crossover into the mainstream zeitgeist.

Stream, Play and Add Shenseea “Sure Sure” on All Platforms!