Hot on the heels of her latest release, “Santa Fe”—Cailin Russo has released a brand new track called “High.” The song was written by Cailin and two friends, Micah Jasper and Jesse Thomas, with Jasper also serving as producer. Cailin describes the new song as “a projection of a mental trip through a house party, told from a broad perspective. It encompasses a multitude of trippy experiences and mental check ins,” she explains. “The story starts off a little lost and confused, definitely not sober. Walking through a party on a constantly evolving trip, going through moments of self-awareness and lack of control until you finally just give in to what’s happening around you.” 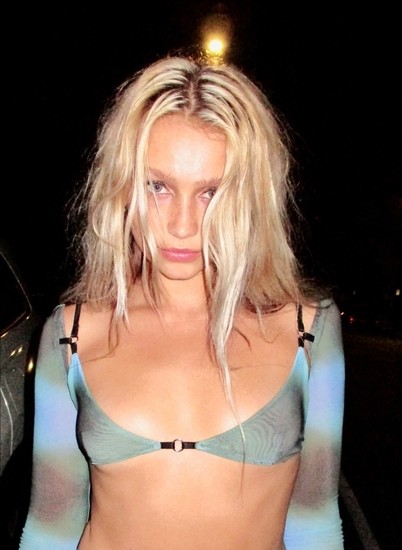 “High” is the latest in a string of new songs from Cailin this year, and the follow-up to “Santa Fe,” which Cailin penned alongside Nick Hahn and Lilla Vargen. In talking about “Santa Fe,” Cailin revealed, “Santa Fe is a metaphor for authentic romance. The whole song was about a boy I was chasing that gave me just enough to string me along, then would leave me questioning whether anything he said to me was real,” she explains. “‘Is this the first time that you’ve been to Santa Fe, is this the first time that you’ve ever felt this way? I would have loved you if you hadn’t slipped away.. was it original?’ I’m naively hopeful the whole time until the last chorus / tempo switch where the ego war kicks in and I confront both sides of my brain saying that ‘This man will always love me’ and ‘this man will never love me’ then tie it up with ‘bitterness is another heartbeat’ meaning these feelings are fleeting but very intense.”