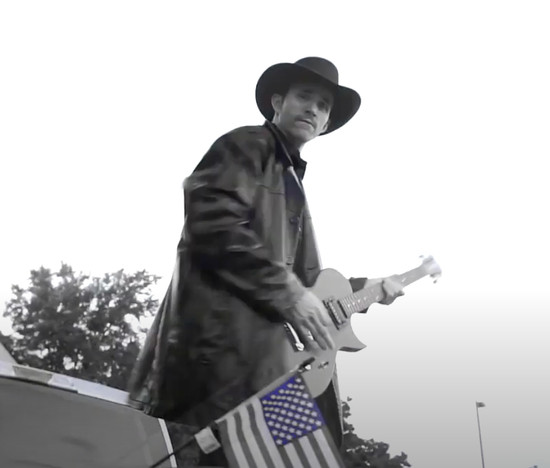 Inspired by true events, I LOVE MY TRUCK, was written during 2013 in North Hollywood CA. During that whole year in 2013, Wade Carson was homeless living in a 2000 Ford F-150 red pickup truck.

7 years before that dark time in his life in 2013, Wade entered into the Air National Guard after working with Micheal Jackson’s record producer; Dr. Freeze. While working with Freeze on his first horror film, he was called into Army reserve duty during Operation Enduring Freedom. Freeze had to cancel production, and Micheal could no longer support sponsership of the film due to his court fees. After getting injured in the Army National Guard, Wade returned to the midwest where he was faced with finding civilian work. He decided to go to college in Phoenix AZ at a Media Arts school to try to get a dagree in the field he was already working in while working with Dr Freeze, the Army and similar to what he did as a ROTC Public Affairs photographer.

These days Wade is doing much better. He is no longer homeless and is no longer struggling with mental illness. He still looks back on his truck fondly and is grateful he no longer has to live in her, he can simply drive her.