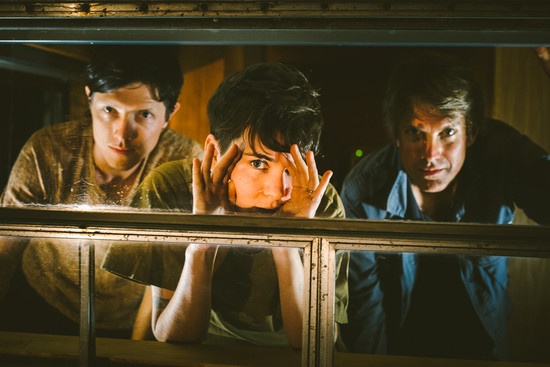 Loma (Emily Cross, Dan Duszynski, and Jonathan Meiburg) have returned with Don’t Shy Away, their incredibly absorbing new album and the follow-up to their acclaimed, self-titled debut, which will be available on CD/LP/CS/DL October 23rd, 2020 on Sub Pop. The eleven-track effort featuring the standouts “Ocotillo,” “Half Silences,” “Elliptical Days,” and “Homing,” was produced and recorded by the band at Dandysounds in Dripping Strings, Texas—with the exception of “Homing,” which was produced by Brian Eno.