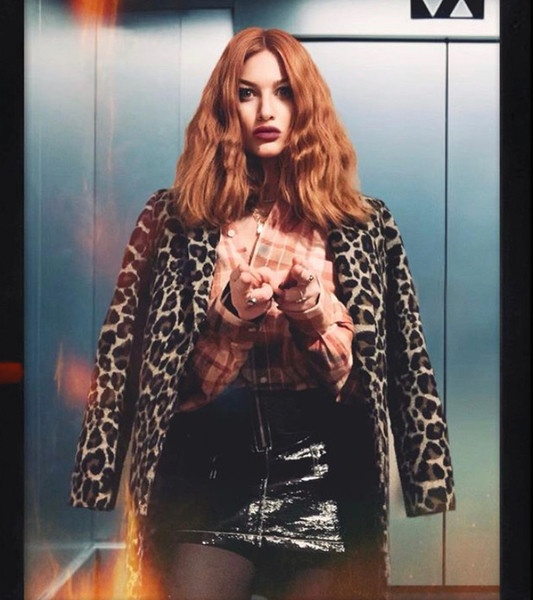 And to accompany the release, the London-based alt/pop artist is very pleased to present its official video.

Part animated, part live-action the video juxtaposes footage filmed in a brutalist council block in West London with unsettling imagery of jeering joker-like spectres and hallucinatory visions of cartoon consciences. Starring Cat in a medical gown and on the run from the powers-that-be, the video aptly reflects ‘Doom Generation”s dystopian visions and underlying themes of mental health and paranoia, as fantasy and reality begin to blur seamlessly into one another.

A meeting of creative minds, the featured animations were overlain by the prodigiously talented Madinka and Angus of What Year Is It? Productions (just 23 and 20 respectively); with additional footage supplied by Alun Davies and filmed in Wales on the same set that produced The Dark Knight blockbuster.