The power of love is a wonder-working thing. It can bring new life, and renew old ones. It can provide comfort and hope to the helpless, embolden the strong, and heal divisions that, at first glance, look irreparable. Jekalyn Carr has seen it herself: through her ministry, she’s seen love transform and elevate thousands of lives. The Stellar Award winner and gospel chart-topper is certain that that same radical commitment to compassion can piece a shattered nation back together – and she’s put that conviction to music. “There is a God in America,” she promises us in “Power Of Love,” her thunderous new single, and in that God, we can find unity and solace. 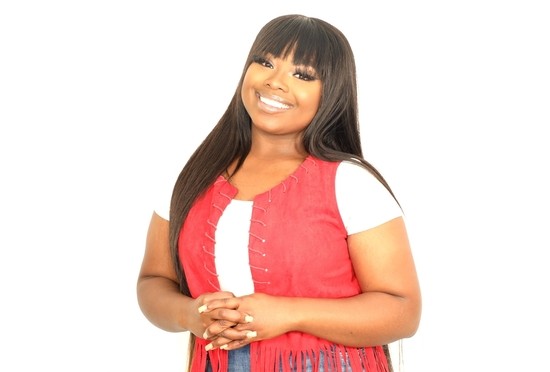 This passionate, anthemic, and deeply re-assuring song follows the thunderous “Changing Your Story,” a magnificent pure gospel track that demonstrates just how much heat Jekalyn Carr can generate. “Power Of Love” has roots deep in devotional music, too, but it’s also a vigorous handshake with contemporary pop and R&B. It’s graced by Carr’s heartfelt vocal performance – one that, with every ringing note, testifies to the singer’s faith. Radio programmers have noticed. Last week, “Power Of Love” was the most added song in the Urban AC format. Given the timeliness of the message and the pure talent on display, it’s virtually certain that pop tastemakers will soon follow suit.

“Power Of Love” extends Carr’s hot streak – one that has lasted for most of her adult life. We’ve seen her showered with well-deserved accolades: Grammy nominations, Billboard recognitions, inclusion in EBONY’s list of the world’s most influential people. We’ve watched her top the gospel charts again and again. But the dedication and commitment of her fanbase might be her greatest achievement. She doesn’t just have a million and a half social media followers: she’s got a following of true believers who turn to her music in turbulent times.

It’s a musical ministry that few artists can match, and “Power Of Love” is likely to expand its reach. This is a song designed for those who’ve despaired at the vitriol of recent public discourse in America – all of us, basically – and its video, too, is a balm for the national soul. In the boldly optimistic clip, Jekalyn Carr shows us the consequences of love and shows us the faces of those who’ve turned away from anger and embraced their neighbors. That includes Carr herself, whose delight, contentment, and confidence is gorgeous to behold.