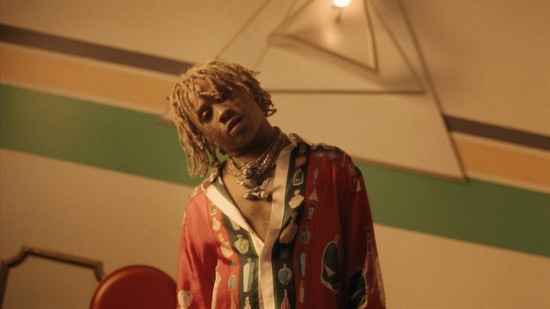 Trippie Redd surprises fans with a music video for “Excitement”, his May 2020 released single featuring PARTYNEXTDOOR. The follow up to A Love Letter To You 4 – his first album to debut at #1 on the Billboard 200 chart – “Excitement” is dramatic and sensual, featuring PARTYNEXTDOOR’s irresistibly dark R&B vocals. In the Aidan Cullen directed music video, Trippie and PARTYNEXTDOOR are stuck in a dystopian, psychedelic world, trapped on a boat in the middle of the ocean as Trippie struggles to escape.

As he recalls, the urge to create his own music arose soon after his older brother (an aspiring rapper who went by the name Dirty Redd) died in a car accident when Trippie was 10. (“I took his dream and did it myself,” Trippie says now.) Drawing much of his inspiration from the free-flowing style and inventive lyricism of Lil Wayne, Trippie began recording in his cousin’s basement and later relocated to Atlanta to further hone his skills, quickly landing a record deal with 10K Projects in 2017.