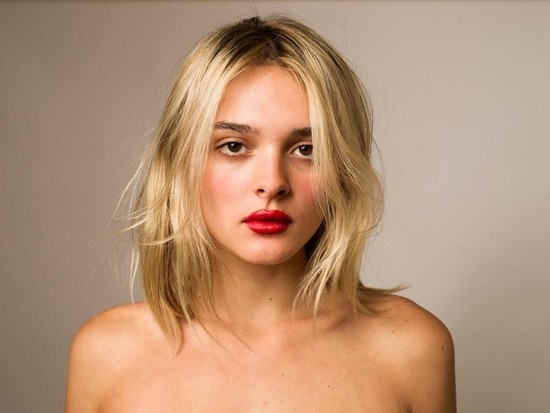 Today, singer/songwriter Charlotte Lawrence releases her new single “Slow Motion” alongside a Tyler Shields directed music video. The gorgeous left-pop offering was written by Charlotte alongside Andrew Watt, Jason Evigan and Ali Tamposi, with production coming from Watt and Evigan. With a debut album on the way, look out for more from Charlotte very soon!

Most recently, Charlotte dropped an explosive video for the Harley Quinn anthem, “Joke’s On You,” from BIRDS OF PREY: THE ALBUM. The album is a star-studded, all-female musical companion to the film from Warner Bros. Pictures. The song, which is featured in the opening of the film, has been streamed over 57 million times worldwide.

ABOUT CHARLOTTE LAWRENCE: Born and raised in Los Angeles, Atlantic Records artist Charlotte Lawrence is a pop singer with a dark edge. She has already racked up millions of streams with breakout songs “Just The Same” and “Sleep Talking,” two viral hits which perfectly capture her trojan horse approach to music as she packs in deeply personal lyrics through irresistible melodies and festival-headlining choruses. Lawrence has garnered critical praise, appearing on the cover of V Magazine and i-D lauding her “knack for smashing deeply personal lyrics into frustratingly catchy choruses.”