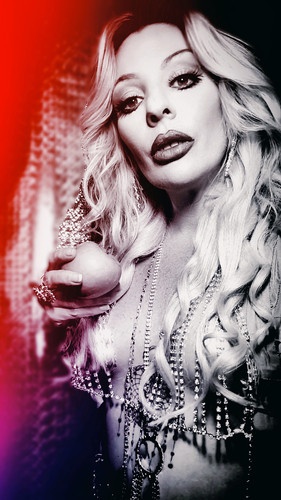 Hellz releases today the new single Control of the Unholy which officially hits stores on 17 July 2020. Control of the Unholy will get audiences ignited with the powerful and addictive energy that Hellz is known for. The single has been co-written by Rock queen and founder of Hellz, Lisa Perry, and Lexx Majik. This new single follows a year of success for Lisa Perry who has recently celebrated an endorsement by the Legendary RØDE microphones. Perry has also taken number 1 on the South African iTunes Rock Charts with her February hard rock release Fire to the sky and most recent successful release Bitch ran away in June 2020, both co-written with Gorka Alegre (Death Keepers/ZhenX). The single is still in radio rotation worldwide. Bitch ran away also gained Lisa a nomination in the 2020 World Songwriters Awards in the Rock Category. 2020 has definitely been a busy year for Lisa Perry and she isn’t slowing down as she prepares to wow audiences again with today’s release.

“We are in the dawn of a revolution. We are the front line of a very new reality. When I was in the studio writing the lyrics and laying down the vocals to this song, I felt propelled by the spirits and emotions of the unjustifiable fallen souls in this world and everyone still battling life as we now know it,” says Lisa. “This song is the voice of the people and its time the people were heard. There is a lot of raw emotion, conspiracy, anger, sadness, and uncertainty in this world at the moment. I feel we the people need a song to relate to about the way we feel.” She further states: “People are looking for direction but in reality, no one really knows where we are headed. I hope the lyrics and emotion of this song grips everyone’s hearts around the world.”