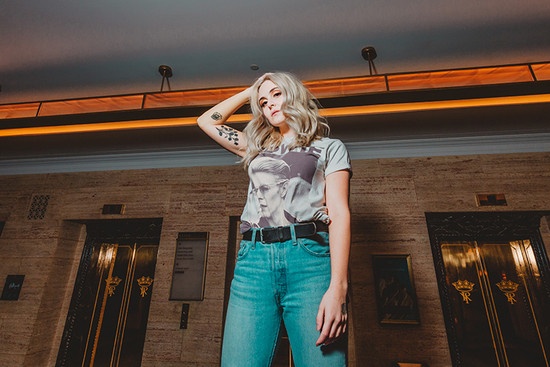 “I remember sitting in the studio, starting to write this song and had been tired of pretending to hide bad days,” explains Kamloops, BC’s pop-infused singer-songwriter Madison Olds about her effervescent new single “Best Part of Me” which is released today via DSPs and online streaming services. She adds, “I think my exact words were, ‘It feels really good to just sit on the floor, cry and give into an anxiety attack.’ This song is meant to make the listeners feel reassured with taking a moment to just feel sad. You don’t always have to be happy or even okay all the time.”

Produced and mixed by award-winning producer Ryan Worsley (Dear Rouge, Nuela Charles, Mathew V) at Echoplant Studios and mastered by Chris Gehringer (Rihanna, Lady Gaga, Drake) at Sterling Sound, “Best Part of Me” was created from a “moment of mental disparity.” It all started when Madison took her first extended solo trip to Nashville to write. After some difficulties with an initial writing session including a $300 one way car ride due to a massive storm, the meeting was rescheduled (this time, the car ride was only $45!), and she took the leap. “I think because I was already feeling scared and was in a heightened state of mind, writing a song about anxiety kind of just felt like the only thing I could write about that day,” she explains. “I know it’s so hard to see a moment of mental disparity as a good thing, but I attribute my low mental state as a blessing that trip.”