Self-written by Ronnie, and produced by Harper James, “Sad Summer” documents Ronnie’s heartbreak over the Summer of 2019 – a Summer with good intentions, which ended in tears, and has inspired a plethora of songs to come. 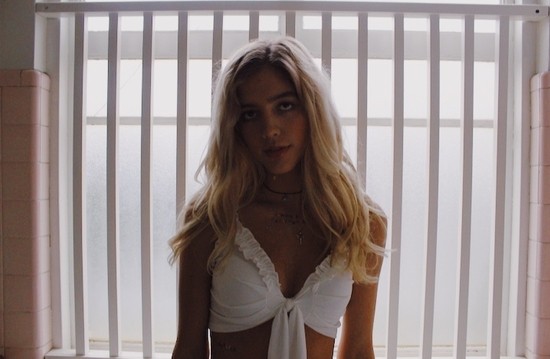 In 2020, as well as launching her music career, Ronnie has been covered and supported by international media, performed on the #TogetherAtHome live stream with Global Citizen in support of the World Health Organisation, directed music videos (for “Break Your Heart”) and delivered song-after-song for her fans.

In her nostalgic, classic style, Ronnie Watts has spent most of her youth honing her song-writing ability, building a recording studio in her basement, and journaling her heartbreak through the lens of pop music. Along the way, she’s picked up a slew of dedicated followers on social media, collaborated with producers such as Lemarroy (Sony Music Mexico) on original music and become a regular on the live circuit in New York.

What makes Ronnie Watts connect is her ability to, after singing just a few lyrics, make the walls fall from around you and place you exactly in the time and place she’s singing about – which, much of the time, is somewhere between youthful bliss and teenage angst; a fine line relatable to many of Ronnie’s young followers.

Simply put: Ronnie Watts is the modern hero for the suburban teen spending their nights listening to heartbreak tunes in their bedroom.

Sad Summer by Ronnie Watts is out worldwide on July 17th.