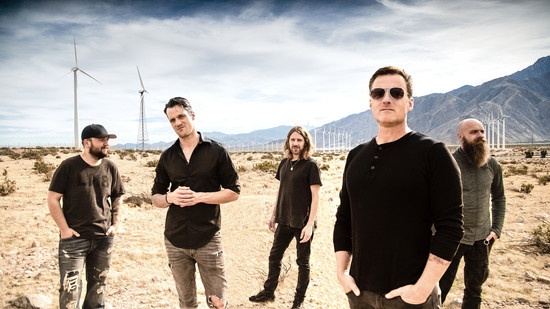 Punk rock is a life-changer. Just ask Zoli Téglás: as the longest-running lead vocalist for Orange County political hardcore destroyers Ignite, punk’s power to change runs in Téglás’ veins. He’s since fronted the legendary Misfits and Pennywise and acted in major Hollywood productions like Terminator: Dark Fate and The Alienist. But he’s always remained true to his other calling, being a tireless champion of animal rights and environmental protection. The same self-reliance and distrust of monolith institutions that have guided his activism led him to form his new five-piece Ocean Hills. Calling to mind acts like Shinedown, Nickelback, Stone Sour, and Alter Bridge, their alternative/ hard rock tunes are both anthemic and inspiring. “Death or Liberty” is their first single, a hard-charging, no-surrender act of sonic rebellion and defiance.

In Zoli’s words, “Death Or Liberty” is “about never giving up, and to just keep going, no matter the obstacles.” And if that’s the hard but noble road someone’s looking to take in life, this song is the soundtrack. It’s not so much a breath of fresh air, as it is a hurricane set to knock you on your ass. This amplified roar of fist-in-the-air melody and laser-precision songwriting is a tune only vets of the stage and studio could’ve created. Guitarists Peter Lukacs and Reinder Oldenburger, and bass player/keyboardist Daniel Szebenyi share songwriting duties. That kind of “us against the world” dynamic couldn’t be more apparent in the track’s huge, churning choruses and lean, propulsive verses.

Set predominantly in the desert around environmental cautionary tale Salton City, the clip for “Death Or Liberty” looks like it was filmed in an apocalyptic near future. As the band plays, meteors crater the Earth and decapitate giant, slowly turning windmills. Rusted-out hulks of long-forgotten cars sink into the sand at a drive-in showing Peter Lukacs shredding against a dust storm at sunset. Directors Viktor Nagy and Peter Lerch of Mihaszna Films know how to dial up the doom and the menace, having made videos for heavy metal icons W.A.S.P. and underground heroes Darkest Hour. This is rock n roll that snaps the listener out of complacency and into action.