To know an artist like Chanique is to be constantly surprised. She’s a singer who’s also a songwriter. Who’s also a stage actor. Who models professionally. Who just happens to be a pretty serious chef. She’s been unafraid to throw herself into anything and everything, beginning at a very young age. Chanique knew, early in her childhood on the beautiful Carribean island of St. Vincent and the Grenadines, that the world of music was where she belonged. Nicknamed “Songbird” by friends and family, she is already rocketing down her chosen path. Chanique has appeared on BET’s 106 & Park as a Spotlight Artist, and performed alongside the legendary Alfa Anderson of Chic. She’s sung backup for world-renowned composer Aziza Miller and classic rock violinist Daisy Jopling, and appeared on ABC’s The Chew. There doesn’t appear to be a trail she can’t blaze, but like all fearless explorers, she’s had her setbacks. Lucky for us, she’s set her indomitable spirit to music in her latest single, “I Can.” 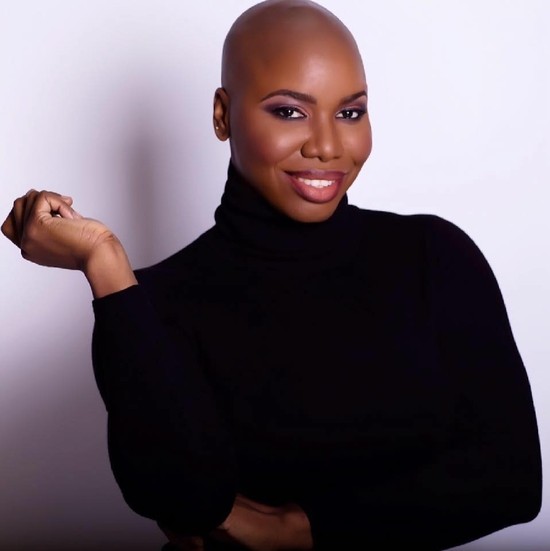 They say some people can “write songs in their sleep.” Chanique actually began crafting the melody to “I Can” in her sleep. It started with a dream, and was written — done and done — 20 minutes after she woke up. Some of the greatest songs ever composed happen just like that. Yet she sat on the tune for four years before sharing it with the world. Why? She needed its message of hope and strength all to herself, as those four years proved to be some of her most difficult. Finally, when she had the opportunity to work with Broadway singer and in-demand producer Adrian Bailey (Smokey Joe’s Cafe, La Cage Aux Folles), she knew the track’s time had come. And what a song. A student of Tina, India Arie and Jill Scott, Chanique’s natural ability and way with a complex melody are immediately apparent in this soaring R&B Gospel ballad. It’s a triumph, endearing and bold with the backing of a full choir, ready-made for the pop charts and the pews.

You might recognize a few of the people whose likenesses appear in the clip for “I Can.” Game-changers in their field. Icons. The word “successful” doesn’t even come close to describing the heights to which they’ve ascended. Winfrey. Lennon & McCartney. Jordan. Poitier. Speilberg. Here’s what you might not know: By all rights, these folks should’ve quit long before they became household names. They were rejected, put down, held back, their dreams denied. “I Can” tells the story of how each of these legends almost never were. In between this fascinating and inspiring montage of “Famous Failures,” Chanique performs solo, just a mic and that voice:

This ain’t no joke, inspirational is what I do
There were times when I thought, are my dreams gonna come through?
But through it all, In kept hearing this line,
It said, “Babygirl always let you candlelight shine”

It’s the perfect accompaniment to a song that makes it feel like the air in the room has changed, that suddenly anything is possible, and the answer to every obstacle, every doubt, is “I Can.”