Powerhouse duo’s Krewella and Yellow Claw team up for new single “Rewind,” a spellbinding tribute to the past and its role in shaping our present. The track opens with the focus on Krewella’s powerful vocals, which give emotive vibrancy to the bittersweet lyrics about time going by too quickly. The melodies gradually build-up to the triumphant chorus and a groovy, dubstep influenced drop that showcases both artists’ dynamic sounds. In a time when a more normal past can feel eons away, sometimes we relive moments over and over again until they feel like a familiar movie. “Rewind” follows up on Krewella’s recent single “Goddess” with NERVO as well as their “zer0” LP and Yellow Claw’s “Never Dies” album. Both Krewella and Yellow Claw previously collaborated back in 2017 on the single “New World”, which makes “Rewind” their highly anticipated second release together. 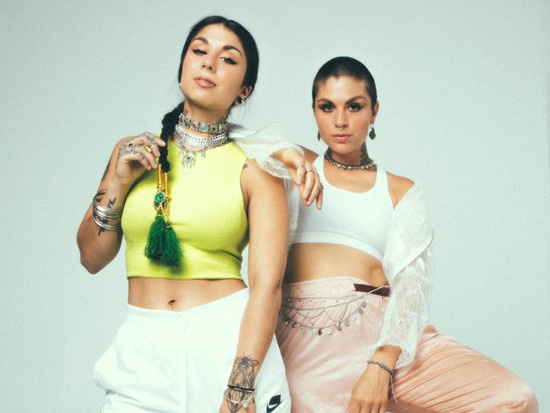 “We wrote ‘Rewind’ about the bittersweet feeling of losing yourself in memories. How moments and emotions seem to vanish at the blink of an eye, and suddenly it’s a month, a year, sometimes a decade later, and you feel like everything you’ve experienced is a fictional story. The “you” from the past is a familiar stranger. You’re sad that it’s all gone, but happy that it led you to where you are right now. They say nostalgia is like a drug, likely because it’s so easy to get stuck in the past, but this song is about letting yourself slip into it knowingly and enjoy it with reckless abandon.” – Krewella