Alias Wayne’s “Joan of Ottawa” is an acoustic rock song, which features Wayne singing the song’s lyrics with a gritty, rock & roll vocal tone. Stylistically, this track may remind you of grunge music. It’s an extended piece, clocking in a at just shy of five minutes long, and features a long electric guitar solo at the end, which is an instrumental element that may remind you of Neil Young with his band Crazy Horse. 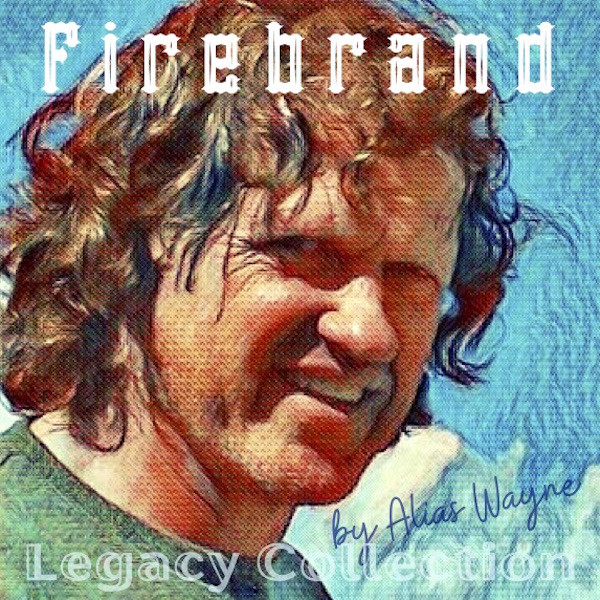 Lyrically, it’s difficult to make sense over what Wayne is singing about here. Clearly, it was inspired by a real person. There are lines that suggest this woman is an activist of some kind. She is also a writer, one ascertains. Wayne calls her Joan of Ottawa, which is also the track’s title. He also calls her Juliet. The title Joan of Ottawa reads like play on the historical character, Joan of Arc, who was a famous martyr. Therefore, is this Joan of Ottawa a modern-day martyr of some kind? She is also referred to as Juliet, however. The most famous Juliet in history is the doomed lover from Shakespeare play, Romeo & Juliet. So, is she a composite of both Joan of Arc and Juliet from that famous play? Wayne drops a lot of enticing clues, which is both fascinating and frustrating. You may feel as though Wayne is singing about somebody famous; someone we all should know. When you can’t guess who that is, though, it can be embarrassing. You might find yourself asking, ‘So, just what am I not getting here?’

If you’re familiar with Firebrand, the album this single is taken from, you’re going to assume this song was written in the same spirit as the rest of the album. The album includes songs about climate change, the insanity of war and various fights for freedom. Whether Joan of Ottawa is a fictitious character, a composite character, or a person Alias Wayne knows in real life, this woman – whomever she is/was – has left a distinct impression upon Wayne. She’s an inspirational figure of some kind. One guess is that she is/was a social activist. Whatever her identity, Joan of Ottawa is no shrinking violet or wallflower. Instead, she’s a woman with a loud, strong freedom fighter.

Wayne’s performance is bold and confident. His ragged rocker’s voice is perfect for conveying the song’s message. Many times, Alias Wayne writes and sings protest songs. This song is different, though. By all accounts, this is a song about a protestor. This activist is not a rocker like Alias Wayne. She almost certainly comes from a walk of life far different from Wayne. It’s admirable that Wayne is able to recognize the merits of one that doesn’t create art that’s just like is. This ability to step outside one’s self is a writer’s skill not shared by all musicians. Look no further than the emo music trend from a few years ago, where performers sang rock songs that sometimes read as though they came directly from the songwriter’s personal diary.

“Joan of Ottawa” remains an enigma, even after multiple internet searches to find her story. Maybe, we don’t need to know who she was/is. Perhaps we should get lost in Alias Wayne’s musical narrative, and just let it be.