When a band has been on the scene for over a decade, many might automatically assume that said band is outdated or has already peaked. The complete opposite is true for Austria’s very own Psycho Village. In fact, the post-grunge rock band is garnering excess dynamism to ride out their crest. Lead singer Dani Wagner began Psycho Village in 2009 and quickly became familiar with continuous achievements in the band’s eminence. Their status might’ve heightened throughout the years, but they don’t let their fame swallow them in a pool of conceit. Whether it’s via a Facebook fan group or sharing personal stories on stage, the trio always stays connected to their fans. 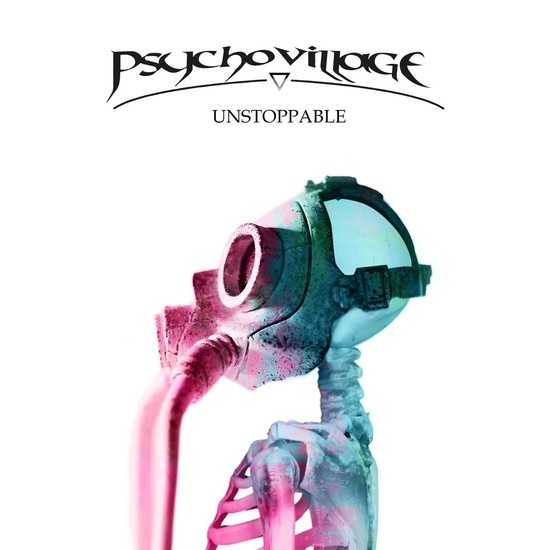 Psycho Village are no strangers to chart success; their first-ever single, released in 2013, reached Top 10 on iTunes and Austria Top 40’s list. By 2019, they played over 150 shows internationally, signed to Pavement Entertainment (USA), Seven Us Media Group (Europe), and partnered with Sony for distribution- these worldwide men do not confine themselves.

No matter what trials and tribulations the three have faced, they have always practiced what they preached: to constantly push forward no matter what arduous situation is in the way. This mindset allowed them to overcome tour bus fires, theft, internal disputes, and bad reviews from “the peanut gallery”. The music video for “Unstoppable” personifies that visceral message through the scenario of addiction.

While Psycho Village gives a vigorous performance, we follow the dark life of a man who’s addicted to getting his fix. He uses his birthday money to meet up with a dealer in an alley, and he smokes till his brain blends colors, images, and sounds. Time passes, and we see the same man no longer in a black hoody but instead in a vibrant outfit walking confidently outside when a text pops up on his phone congratulating him on one year of sobriety. The clip for “Unstoppable” wholly epitomizes Psycho Village’s perspective of gaining strength from a source of negativity.