With main influences deriving from Pop & R&B AQUIHAYAQUIHAY (Jay Lee, Neqer, Phynx, Zizzy y Nehly) are pioneering the M-Pop genre. Consisting of 5 members, the childhood friends come together to make music that resonates with people of all backgrounds. With four members hailing from Monterrey & the other from Guadalajara, Mexico the members’ creative spectrum goes far beyond music. Along with songwriting & production, they also direct, compose, and design without limitations. After working on independent projects, AQUIHAYAQUIHAY was born in 2016 thanks to their manager and friend Adrian Be. 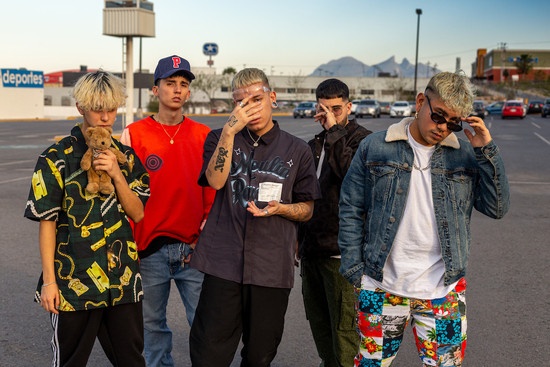 With coverage from major media like Noisey, Remezcla, and Sopitas, the up and coming M-Pop/R&B group established their sound and identity very early on. The anti-boy band strive to inspire listeners to express themselves freely. Going against the social norms of LatinX machismo culture, AQUIHAYAQUIHAY continue to pave the way for future artists with a vision that strays from the norm. Their upcoming EP is set for release in the Fall of 2020 and listeners can expect a wide range of new and surprising sounds.