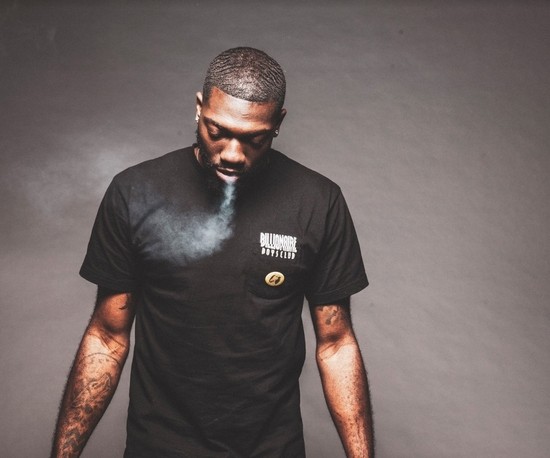 Checked out the charts lately? Just a minute north of Miami, Broward County is about 100 degrees hotter than the self-appointed capital of Florida hip-hop. 360 Records’ latest signing, Good Fella Uno, embodies that underdog spirit of the county’s scene – sleep on him at your peril. The son of a choir mom – the first-born and only male, hence the “Uno” in his name – he’s a born storyteller. He’s a student of both the timeless kind of hip-hop that took over the planet, and the kind of modern influences reshaping the underground. There’s a depth to the laconic flow he rides, weaving effortlessly in and out of the beat, and not an unnecessary word to be found among his revelations and observations. His debut EP Reign is out now, and “Lemonade” is your introduction to what he’s about.

Some MCs kick it about success to make you envy them. The good ones make you root for them. But the best make you want to break into the game yourself. In “Lemonade,” Good Fella Uno is all about taking the good with the bad, rising above, and laying a blueprint for those to come. He does some consciousness-raising on a personal level – overcoming all that stuff that’ll make a mess of your mind. Lyrically, and in his delivery, the track is free of anger and nihilism. In their place there’s a quiet strength, a balance that’s at the core of the song. The chorus is a rock-solid metaphor that speaks to pain and pride all in one subtle hook. A late-night Cool Jazz guitar loop is all the spark Good Fella needs to prove he’s a natural lyricist with a command of melody. But he’s not the type of guy who’s here to prove anything to anyone. He’s already proven it to himself. “Lemonade” feels like more than just a song; it’s the beginning of something pretty big.

We get a look at both sides of the man in this clip directed by fellow south Floridian Diego Jeanty. Good Fella Uno rolls through Miami, hanging out of a drop-top canary yellow Corvette. Of course he wants all eyes on him. He’s earned that. But he knows he’s got much more to do, and the hustle can only take a back seat for so long. A photo session finds him doing double duty, getting the right shot for the media, while perfecting his rhymes for the music. Whether it’s business hours or after-hours, Good Fella’s right at home surrounded by his crew, who have his back throughout. Performing against Miami’s sunset and skyline is inspirational enough, but the video’s most telling moment comes when he pours some out of the Vette. Good Fella Uno knows those lemons he’s talking about could’ve taken him down a very different path. Don’t just listen to “Lemonade”; listen up.