The first track on Electric E’s eleven-song collection  Babylon Music, the title song, opens with a duet between the percussion and bass. The electronic instrumentation drops in soon after the song begins. It reaches a level of tastefulness we do not normally associate with EDM artists. His object here isn’t to overwhelm listeners – he’s intent on practicing solid songcraft and weaving measured atmospherics rather than fashioning a wall of sound. The production unfortunately obscures Electric E’s vocal and discerning the lyrics may take a couple of hearings. It bears noting this is a conscious decision, not the result of shoddy production. 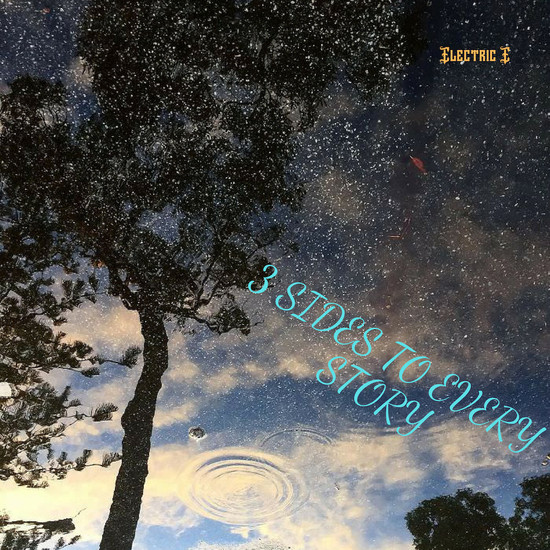 The second track “From Panic to Chaos” is solidly within the EDM tradition, but even here Electric E mixes things up for listeners. The brisk sweep of the electronic music in the first half gives way to a hard-edged funk style in the song’s final lap. The jaw-dropping rhythm section playing will win over countless converts. “Drifting into the Darkness” full-on embraces EDM without hesitation. He does pepper the arrangement with intermittent washes of distorted guitar that spike the track with additional flavor,

“How Do You Think I Feel?” will be the album’s best track for many and with good reason. It isn’t EDM but, instead, highly stylized art pop with a traditional structure and words that skirt the border between song lyrics and performed poetry. The insistent nature of the song’s refrain sticks with you long after the song ends.

Electric E’s other album from 2019 3 Sides to Every Story includes eleven songs as well. The instrumental “Nitroglycerine Kamikaze” starts the release off on an inspired note. It is a moody composition mixing his EDM and rock influences in satisfying ways. He adds aural effects to the guitar playing at various points during the track but often chooses to go with a straightforward sound certain to capture the listener’s attention. The recurring Morse code pulse incorporated into the song might have come off pretentious if Electric E made more of it, but he fortunately only utilizes that gimmick a little rather than from beginning to end.

As boisterous as the percussion is in the opener, “Mindblowing” has percussion every bit as effective if not as assertive. This low key EDM instrumental simmers throughout the bulk of the cut until near the end when Electric E figuratively grabs listeners by the throat. The title song “3 Sides to Every Story” features Electric E’s vocals and, like “Babylon Music”, he opts to hide his voice in the mix. You can’t enjoy the lyrics without making a concerted effort to flesh them out of the mix. It is difficult to say whether he chooses this route for dramatic effect or if it reflects a lack of confidence in his voice. If it is the latter, it is unwarranted insecurity.

This is potent stuff. Both albums sparkle with idiosyncratic creativity you don’t often hear from modern performers, young or old. The hard work he put into making these songs what they are is obvious. Electric E’s Babylon Music and 3 Sides to Every Story deserve consideration as some of the best modern music available today regardless of genre.