This Providence, Rhode Island-based duo is most certainly onto something with their latest release titled ‘Heading To The Outer Realm’. Ontologics is made up of: singer/songwriter, Ian Campopiano and Matthew Walshe on drums. These multi-instrumentalists create an experimental type of sound that will blow your senses! The label of genre doesn’t exist here as one will hear elements of rock, hip-hop, metal, electronica, funk, alternative and everything else under the sun. Ontologics play their music, their way and so now brace yourself because you are ‘Heading To The Outer Realm’. 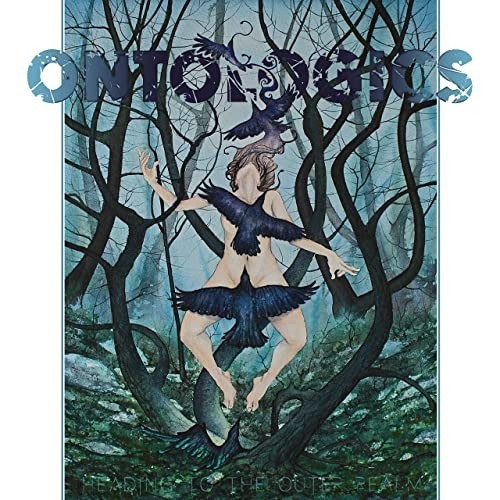 This is the third album for the Providence duo and I can tell you firsthand that there is a tremendous amount of depth on the new record. It’s quite mind-blowing when you realize that the vast sound you are hearing on ‘Heading To The Outer Realm’ is all being done by two musicians. Right from the trippy start, the listener is getting that incredibly unique approach from Ontologics with “Upside In Downside Out”. From the beginning, I also picked up on a similar vocal styling to that of Brandon Boyd of the band Incubus. I’m thinking more of older Incubus like the album ‘Make Yourself’ where I was detecting some similarities between Ian Campopiano’s voice and Brandon Boyd’s vocals. Rolling along, you will get one catchy flow and feverish playing on “Use Your Utopia Or Lose Your Utopia” that will have you craving more. On track three, “Thought Crimes”, Ontologics are in the zone and simply killing it with their infectious groove. I was also very excited to discover that a member from one of my favorite groups is featured on “Thought Crimes” and that would be P-Nut of 311. Next, you will be rockin’ out and truly feelin’ it on “Assemble Them” and then get ready to jam out like there is no tomorrow on “To Go Along To Get Along”. Track six, “Cliff Or Lift (Instrumental) I. Sepulchre”, is hanging on nice & tight with a crowd-pleasing middle break and then you will be soaring high way past the blue skies exploring the outer reaches of audio on the title track. Next up, one will get hit with fresh ‘n’ fiery effects on “Around The Fire We Sit And Wait Part 1” and then you can count on futuristic beats ‘n’ hooks on “It’s All In The Numbers”. Track 10, “Around The Fire We Sit And Wait Part 2”, is just groovetastic and then Ontologics provides a fan-favorite with “Hindsight Mind’s Right (feat. P-Nut)” that will have you getting down and up as you hold up, stop, wait and think about it. Ontologics finishes the 12-song set with a worldly tune called “Mitigated Moments” that will have you traveling to distant lands where music is the universal language now and forever.

‘Heading To The Outer Realm’ is such an original blend of music that will excite you and have you jumping aboard the Ontologics musical express. You won’t be catching any ZZZ’s on this unique ride where mundane, mainstream noise doesn’t reside or survive here. Ontologics is a strong force in the music world and with their latest release, ‘Heading To The Outer Realm’, endless potential is in this band’s foreseeable future.