Monti Kingu is the new alias of songwriter and producer, Sean Thurman, who is based in Lewiston, New York. 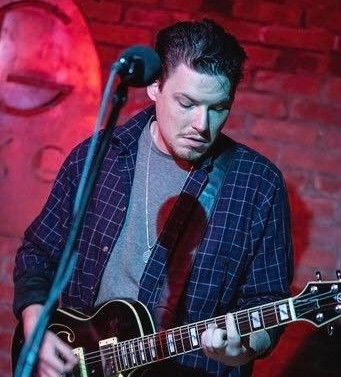 Sean Thurman is a musician, songwriter, and producer based in Lewiston, New York. A self-taught musician, he learned guitar in his teen years and later expanded to piano, bass, and electronic instruments. He plays regularly on the Western New York circuit with multiple live acts (Mikanecho, Phriendly Phoes, Irregardless, Papa Foxtrot). He began recording and releasing original music in 2016 with his debut solo album “Cold River” following up the next year with “Making Noise with Broken Toys”.

In 2019 Thurman released “The Legend of Monti Kingu” under the name Monti Kingu, an experimental album blending electronic production with psychedelic jam influences and old school hip-hop beats. “I had been playing around with electronic drum machines and MIDI instrumentation and wanted to do something a little weirder than the guitar focused rock I had been doing up to that point.”

Here, we’re taking a closer listen to the track ‘Red Taurus’ from the album. ‘Red Taurus’ is a cheeky, mellow electro-pop-rock song with smooth keys and a mesh of saw synths. Vocoder vocals further help to tell the story. In Thurman’s own words this track is ‘a love letter to the early-mid 2000s jam band scene that I was heavily immersed in. It’s about remembering our old party days and how we’ve grown since. Thinking back on driving around the country following the bands and the whole world of experiences that goes with it.’

Thurman’s complete catalogue of music can be found: http://thurmopolis.com