A chorus can make or break a lot of pop songs, but in the case of a multilayered composition like Mad River’s new single “Come As You Are,” the full-bodied music doesn’t rely as much on a signature hook when it comes to winning the hearts of listeners. Packing a highly melodic punch on both the instrumental vocal fronts, Mad River’s “Come As You Are” is as robust a folk/rocker as you’re likely to get your hands on this summer. Single-threaded songcraft might have its place among some of the indie releases out at the moment, but for this crew, it never even enters the picture. 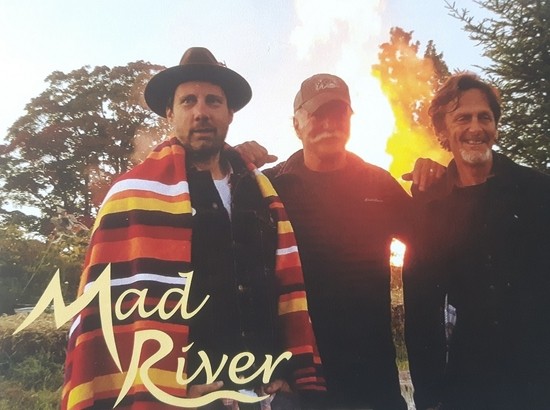 Overall, the mixing in this track is pretty spot-on in terms of giving every component a special definition in the grander scheme of things. There’s been an unsettling spike in laziness in the production department for a lot of the folk/rock units coming out of Canada lately, but from beginning to end, “Come As You Are” sounds like a song that has been painstakingly detailed behind and in front of the board with the specific purpose of making its every movement relatable to the audience. That’s the bread and butter of making good pop music, no matter what listener you’re targeting.

I will say that I would have liked just a little more focus on the strings than what they were ultimately afforded. This isn’t to say that the guitar parts are somehow missing the required zeal to leave a lasting impression on the audience here – they’ve got plenty of panache – but rather to note just how big an impact they could have had if given just a little more wiggle room in the big picture. It’s an excusable oversight at any rate, and definitely not enough to make “Come As You Are” any less attractive from a cosmetic point of view.

The percussion here is quite elegant and never overbearing, and when taking into account just how significant the role of the groove is in this track, there’s no dismissing the hard work that Mad River put into making the song as fluid as it is. Getting a good rhythm going isn’t as easy with this genre of music as it might appear to be on paper – it takes a nuance finesse, and unless you’re willing to put in the serious labor like these guys are, you’re going to end up with something subpar every time.

A striking combination of folk, pop and soft rock that isn’t overthought or overstated in any way that actually matters, Mad River’s “Come As You Are” is a terrific addition to any easy-listening playlist this month. There’s an abundance of buzz surrounding the scene that this band is making a name for themselves in lately, and while I myself don’t know the ins and outs of the Canadian underground, I know enough to respect a heavyweight when one comes across my desk. Mad River aren’t at their peak yet, but with the right guidance, they’ll find their own mountaintop before you know it.