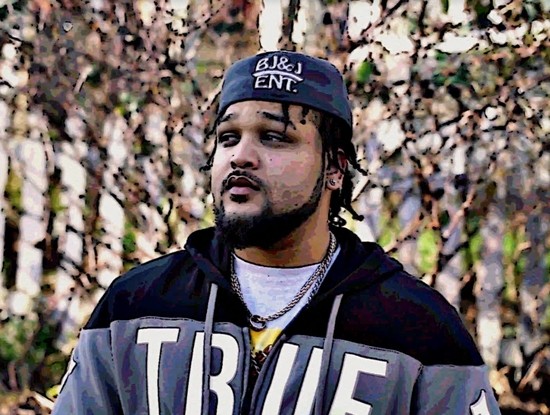 Maribased1 has both the mind and recognizable flow that allow him to switch gears in a blink without breaking a sweat. He can put pen to paper and throw down a club mover as easily as a soulful tribute to strong, independent women. His “Northern Flow,” as he’s coined it, is the unifier, and there’s no mistaking him for anyone else in the Pacific Northwest or beyond. He’s one of the few indie artists to get big love from BET Jams and MTV OnDemand for his singles “Bouncin” and “Score’n,” and from BET for his recent “Mystery Girl.” Altogether, his videos have long since surpassed a million views. Maribased1 has too much up his sleeve to talk shit on the competition, and as a single, “Thee End” charts fresh territory with lyrics that bring a little light to some darkness we all go through.

It’s tough to one-up his current string of bangers, but Maribased1 hooked another left turn and dropped his catchiest and most meaningful single to date. This time he shifts focus to a lost loved one, and the pain of their passing is real. The ability to stack bills and get to the top is all about hooking family up, getting them that high life: “Put my family on a lake / Nice view to that bitch / Jet skis with the wakes / Riding foreign cars / Big house, big acres, double doors.” It’s a masterful misdirect; he’s not not boasting about making that money, he’s all about giving it away. Fellow Seattleite D Menace drops into the track’s chill New Age-y Trap groove with ease on the second verse. Wavy, high-pitched synths and deep bass ratchet up the nostalgia factor as they show respect to family, the memories of those that have passed, and their shared hustle. Because that hustle is forever.

The emcees roam the rainy blocks of their Emerald City hood, while director Rob Fitzgerald splices in footage of an off-the-hook Maribased1 live show. The grainy, throwback VHS effects complete the back-in-the-day vibe laid out by the lyrics. While Maribased1 and D Menace have created a heartfelt “wish you were here” narrative, the live footage is a celebratory counterpoint, a show that definitely makes you wish you were there. Fitzgerald weaves in animated flourishes and rotoscope-like filters, by now a visual calling card for Maribased1. This track and video are both somber and celebratory, a time for reflection and a good time.