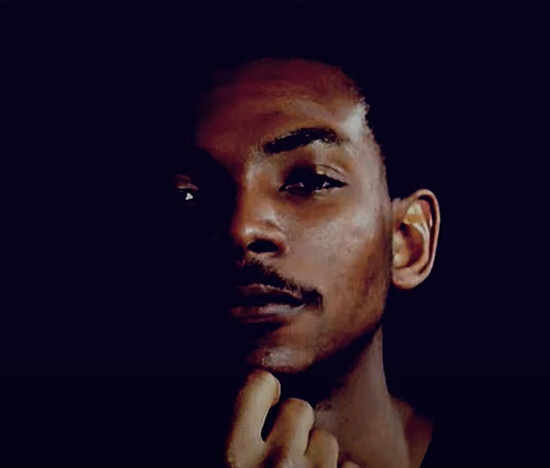 Slowly but steadily clawing its way out of the silence, a shimmering piano melody greets us as we start our journey into the mad world of “No Be Mouth,” the new single from JTK. The instrumentation is dark but crystal-clear in tone; in other words, there’s no mistaking its unsettling harmonization with the beat that soon comes into the fold. Although it features a guest appearance from JTK’s Nigerian countryman Tunji, there’s never any doubt as to who the true star of the show is in “No Be Mouth.” This is a vocal showcase, a show of strength on the part of a rapper on the cusp of breaking through to the mainstream, and it comes studded with a groove that anyone can grind to.

The vocal that JTK lays down is actually a lot softer than any of the instrumental melodicism coming at us through the left and right channels, but I think it had to be in order to emphasize just how dexterous a bassline he’s managing in the background. His verses are wrapped in a slithering groove that ebbs and flows amidst the unfolding narrative, and even though he’s fairly straightforward with his lyrics, there are multiple ways to interpret what he’s trying to say – mostly because of the textured backdrop he’s in front of. The hook is the bedrock of the entire track, keeping us in a constant swirling loop that replicates insanity in an aural trap. It’s stimulating to no end, and not exclusively because of its conceptualism.

“No Be Mouth” fades away in the same instrumental tizzy that it first starts off with, and although it clocks in at a mere three and a half minutes in total running time, it winds up feeling like one of the more robust hip-hop numbers of its kind to gain favor with the international press this season. JTK isn’t reworking the entire rap model in this new single with Tunji, but if there’s one thing he can’t be accused of, it’s drawing from the same well that his heroes once did. He’s got an eclectic approach to songwriting, but there’s enough here to suggest that he’s going to be one of the brighter minds in his scene if given some time to keep growing.