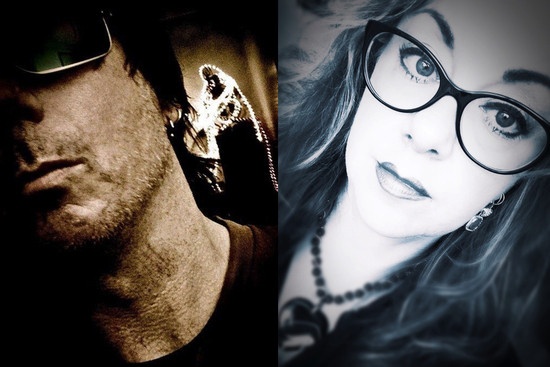 Here comes NAVASA, a Maryland-based electronica/altrock duo that is not afraid to speak to truth and say it like it is. On their newest album Redusted, they feature the track “Omnipresent” that has a lyric describing how the world’s power elites have invaded our lives while controlling a very narrow narrative. Their video for the track goes full bore showing a robot-war thriller-mystery with drum blips, high bass and swirling synths leading the way in a glorious centrifuge of imagination. Hard to beat. The rest of the album takes a journey through indie altrock, ambient soundscapes, pressing inner-vision lyrics, giant chunks of guitar fuzz and a blatant embrace of art and a pop sensibility that doesn’t deny the hooks. The pair have worked with such notables as Queens of the Stone Age, Nine Inch Nails, The Vines, Julian Lennon, earthlings?, and The Spores in the past. NAVASA got their name from Navassa Island, just off the coast of Haiti and have been around since 2014, starting out with a downtempo sound, but slowly incorporating a wide range of influences including How to Destroy Angels, Stereolab, TV on the Radio, Ladytron, Massive Attack and Brian Eno, as well as branching out with each other’s vocals.

A NAVASA fan once called them “TV on the Carpenters” since Tammy plays drums and sings while Greg plays guitar, surrounded by electronica elements. Sounds about right. “We want to let a listener travel without moving,” cites Everett, “but we also want them to think for themselves.” “These are strange times indeed,” Biribauer chimes in. “We can’t just sit back and let them take away the things that so many fought and died for. We try to put every last emotional molecule of our truth into NAVASA music, so we respect people that are uncovering various lies. If it pisses people off that we’re outspoken about it, so be it.” “We’re not about to give up on what we believe in,” echoes Everett. Find truth and great music on Redusted by NAVASA, available on all major download and streaming sites worldwide.