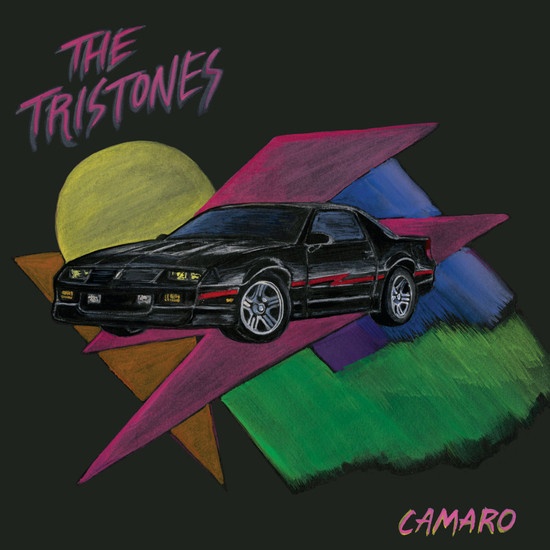 The Tristones have released the album “Camaro”. The album features the songs their debut single “Love Avenue”, as well as “First World Problems”, “Camaro”, “Break Her Down”, “Permutation”, “Trump”, “Everybody’s Got Their Two Cents”, “Sick Man”, and “Tamarindo”. Fans of rock and alternative music and observational lyrics will likely enjoy this album. Listeners will hear Tristan Clark play guitar and lend lead vocals, Adam Jackson play drums and percussion, and Gregory Jones play bass and percussion.

What is clear through listening to this album is that The Tristones are able to successfully play songs of all different tempos and styles. It appears, though, they are most comfortable playing mid-tempo songs. With the first four songs being mid-tempo, The Tristones may be aiming to show listeners what their comfort zone is, before straying outside of it.

This includes “Trump”, an anti-Trump song that demonstrates their ability to combine an upbeat melody with observational, deep lyrics. Another example of observational lyrics on this album is “First World Problems”, where Clark sings about making a post on Facebook that is yet to get any likes from friends.

The production makes the instrumentation especially enjoyable. Listeners are allowed to hear every instrument clearly without losing focus on the vocals and lyrics. With lyrics unlike those in traditional songs in the same genres, this is a necessity.