32 Below has released the song “Such A Waste”. Fans of pop, rock, and alternative music should give this song a listen. 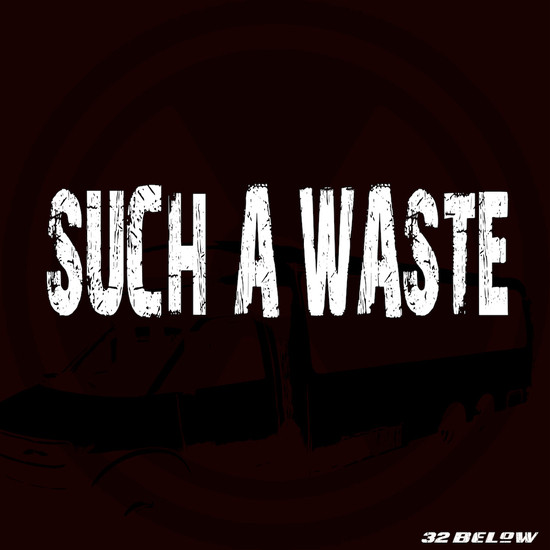 The song begins with a catchy acoustic guitar and drum mix. Soon after, electric guitar joins in the background. Then, the lyrics begin with “I see you around her chocking on the smoke”. This is a lyric that does not say a lot about what exactly the lyrical content of the song will be, allowing listeners to keep waiting in suspense. In the chorus, the singer sings “What’s it like/Baby being you/What’s it like/Living through a tube.” Through the reference to television in the first verse, it can be assumed “tube” is being used as a synonym for television. By the end of the song, listeners will hear the singer facing a dilemma. He sings in reference to the actions described in the song, “It’s not a waste/It was such a waste.” This makes it clear that even at the end of the song, the narrator Is not sure if the actions were worth doing or not.

The acoustic guitar and drum mix that begin the song is repeated throughout almost the entirety of the remainder of the song. This signals 32 Below’s faith in its sound; by repeating it, they want the listeners to remember it. This is a good move on their part, as it is arguably the most catchy part of the instrumental. While good lyrics are a must to making a good song, it is also important that the song has a memorable instrumental. 32 Below excelled at that, not only through the guitar and drum mix, but also by the instrumental that followed the second chorus. This should not be taken as a guitar solo. Rather, it is a chance for all the instruments to shine.