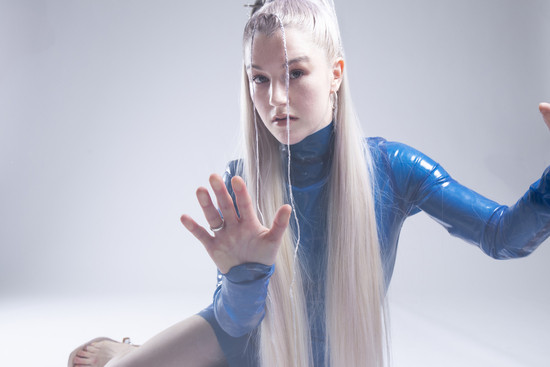 “With this video, I wanted to draw on the poignant events that humankind has experienced in the last year,” twst says. “I wanted it to feel overwhelming and anxiety-inducing, and for it to visually move at the same hectic pace that the song does. Each line refers to a variety of different problems that really fucking bother me—it’s fake news, climate change, over consumption, internet addiction, misogyny—all part of an apocalyptic feeling that’s kind of looming right now.”

“Hikikomori baby comes from the Japanese social phenomenon known as ‘hikikomori’—a psychological condition where people shut themselves off from society, often staying in their houses for months on end. I can definitely relate to these feelings of isolation and wonder where the line blurs between a psychological condition, and what we just dismiss as modern, technology-based life.”