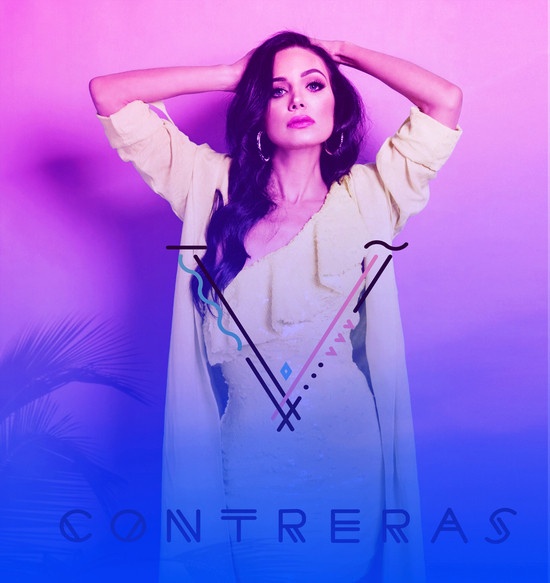 Musicians aren’t made for isolation. They’re naturally gregarious people – they want to get out on stage and sing, or crowd into rehearsal rooms with friends, or shake the hands of their adoring fans. Alas, in spring 2020, all of that is off-limits. Musicians are in isolation, right along with everybody else. Yet social distancing isn’t going to stop creative people like V. Contreras from making songs, and the blessings of modern connectivity have kept her productively tethered to her collaborators. “If I Could,” her newest single and video, was composed and recorded while all of the musicians involved were staying home to help slow the transmission of the novel coronavirus. Remarkably, it’s as powerful as any ballad on the Billboard Hot 100.

Those who know Contreras from her time spent singing The National Anthem for Mariners and Sounders games, fronting the Seattle Rock Orchestra, or opening for Collective Soul won’t be surprised by that. The young singer leads with her powerful voice – a remarkably supple instrument capable of rising from a whisper to a full-throated shout in a matter of seconds. “If I Could” foregrounds that terrific voice, presented here unadorned, raw and bracing and heavy with emotion. Her accompanists might not be in the same room that she is, but they’re every bit as committed to the song. Together, they bathe the track in piano, and warm strings (arranged by Andrew Joslyn), and rich chords. “If I Could” was composed during the first week of the Washington State stay-at-home order. The music was written by V. Contreras and Andrew Joslyn (co-writer and arranger for Macklemore, Kesha and Leslie Odem Jr.) with lyrics written by V. Contreras and Andrew and Madison Joslyn. The instability and anxiety that we all felt during the beginning of the crisis howl through the notes and chords of the song. Compassion, concern, faith, and determination to overcome hardship: it’s all there. If you were looking for an emotional snapshot of the early days of isolation, it’s hard to imagine anything better than “If I Could.”

We’ve all become accustomed to the split screens of Zoom and FaceTime and other video-chat software; much as we hate separation, we’ve all marveled at how the camera can close the breach. V. Contreras occupies the center frame in the clip for “If I Could,” but she’s surrounded by her friends, each in separate squares, but united through the power of music. We see living rooms and home studios, the warm light of indoor spaces, and we recognize: their struggle is our struggle. We’re divided by cruel circumstance, but we’re still together, singing our way through our coldest night. The lyric “we stand apart but we stand as one” rings loud and clear.