As the next generation of artists rises, it’s compelling to see which styles progress and which become obsolete. 17-year-old artist LBM, aka Lil Big Medium, has music that will ride the current trends, with talent belying his years to help him navigate the music industry precisely. The rapper falls into the emerging SoundCloud rap genre but has a DIY style that cannot be matched. “Lil Big Medium” is a play-on of the flooded roster for rapper names that include “Lil” or “Big,” he thought it would be perfect if he encompassed all sizes. 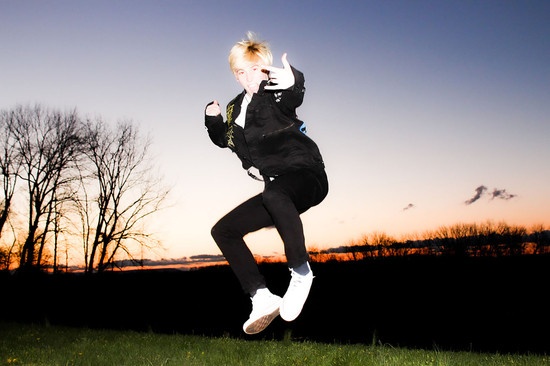 The Pennsylvania local doesn’t get stuck in the borders of his quiet state; he is frequently out in California making big moves. LBM has been featured on VIBE TV and has garnered over 200k streams on Spotify and over half a million streams on Soundcloud. He is as much of a fan as he is an artist and takes after many of his influences like Juice Wrld’s lyrical obsession with honest heartache. Music is meant to be personal while reflecting on other people’s experiences; LBM encourages listeners through his songs to stick closely to their genuine paths and stay true to their inner selves.

Your first love is never an easy one to get over, especially if your significant other is the one who reels you in only to tear you apart time-and-time again. LBM depicts this familiar story in his music video for “Stranded.” He leaves his (now) ex-girlfriend in the Californian woods post-breakup and appears to be running towards his freedom. But the silhouette of her figure on the tiles foreshadows her return into LBM’s life. She metaphorically stalks him around a vacated mansion and chases him with a knife. He escapes once again, so he thinks, only for her to reappear in the night. Leaving a toxic relationship is not so easy when your partner has a tight leash on you. All of the running symbolizes his mental desire to break up with his girlfriend, yet she always finds a way to sneak back into his mind despite his constant pleas of “I ain’t got no time for you girl.”