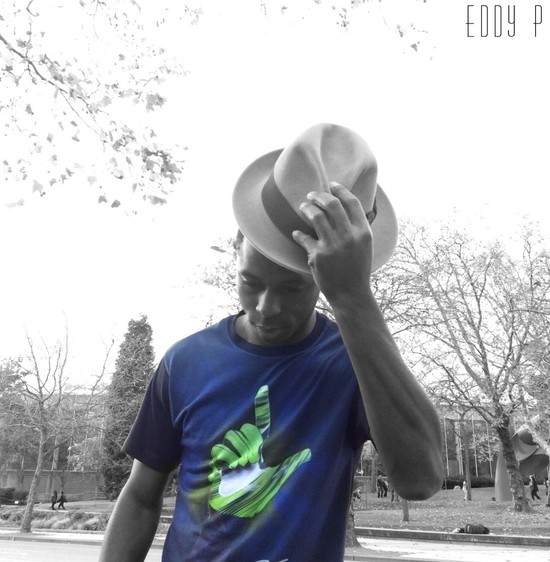 Hip hop artist Eddy P brings his A-game with his latest independent release – a five-track EP. Well known in the Seattle hip hop community, these tracks are the perfect chance for him to grab a larger audience. Songs like “Snowglobe” and “They Need Me” are riveting and great chances for new listeners to become quick fans.

“I Luv My Block” is the first song on the EP and it has this cool mix of piano and electric guitar. The guitar riffs are more blues in tone and the piano is upbeat like something from the R&B genre. The percussion shapes surround Eddy’s lyrics: “they can’t teach you in school” he commands. I felt like this song was an interesting choice for the first track – it lays the groundwork and gives you a sense of who Eddy P is as a rapper. His vocal style is relaxed and he’s almost pop sounding.

The next track, “Letters” goes a bit deeper into Eddy’s personal vault. I think he shows some more of his emotional side with this walk down “memory lane”. He raps “each memory’s a weight I’ll always carry like your hand…my mistake is part of what made me a man…I’m going through these letters”. The music bed is somewhat sentimental. He doesn’t seem angry – but he’s not sad. I wondered why he referred to the memory like a weight? It must have meant that it’s a bad memory. I wrestled with that emotion because sometimes even bad memories turn out to be good. We learn lessons from the past.

“Natty Gurl” (track three) has an interesting intro – a recorded voice from what sounds like a reality show of sorts sharing that the “natural look” isn’t what “we’re going for”. Another pop-like track, Eddy P is on the lookout for women that are real and not into fake enhancements.

Up next are “Snowglobe” and it’s equally powerful following track, “They Need Me”. Eddy P’s comments on his community and the greater community are important issues. In “Snowglobe” I believe he’s rapping about the injustices and disconnect between the cops and law makers/enforcers and the black community. He makes his listeners feel like they are not alone – that the idea that as a black man, he feels trapped inside a bubble, or snow globe, and all eyes on him and they shake him, try to break him into pieces, stays with me.

“They Need Me” is a great example of an artist that has learned from the past and is taking all the pressures he feels from outsiders and thriving. He raps “I’m getting better with time, I got game…I’ve got range…I got brains.” The piano bed sets the mood and this is almost anthemic.

Overall, Eddy P’s optimism is contagious. I didn’t want to give up on listening to him – each lyric came across as a $10-word. He’s robust in his storytelling skills and his rap style is super chill, and welcomed. Fans of Warren G, Snoop Dogg, Coolio, The Game and others will want to listen to Eddy P.