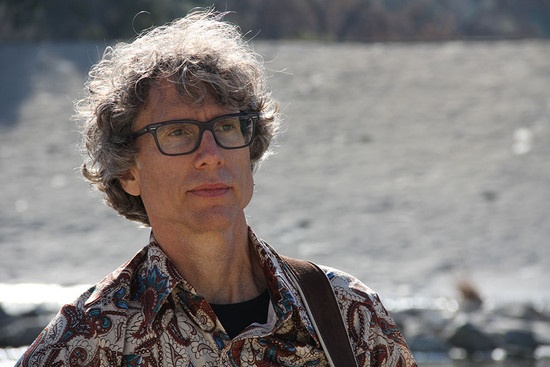 The songs track one man’s search for a renewal of spirit and his growing ability to find beauty and gratitude in the small miracles of daily life. The music is inspired by those moments of direct experience that make us feel we are part of a much greater whole. Death Valley is a roadshow offering up memories of teenage heroes, love ballads and all-out jams lead by Haerle’s riotous guitar work that never fails to take the turns at high speed.

His early garage band roots have made way for a distinguished rock statesman. A veteran of the music business, Haerle heads up the L.A. based record company CMH Label Group where he continues to champion the independent spirit in music. Now he’s plugged in his Fender for a different kind of musical journey. The album is filled with poetic lyrics written at sunrise with an ear out for how he can showcase the skills of bassist/keyboardist Carson Cohen, and drummer Reade Pryor. Essentially Pop said, “There’s an absolute chemistry between all members of the band, synching together in perfect harmony as Haerle sings.” That chemistry will keep you driving and listening deep into the night.

Death Valley is an album for seekers, wanderers, and grand adventurers.

“The song’s kind of an inside joke between me and my partner Erica,” Haerle explains. “We have a very good friend, Sharon, who likes to do things some people might find a little offbeat or kooky, like the international UFO convention she just attended. When Erica and I are travelling, say on Interstate 15 and I exclaim ‘I’d love to go explore that abandoned water park over there’, something she has zero interest in, she’ll say ‘go do that with Sharon’. Even in the best of relationships there will be interests both parties don’t share, so to be able to have other friends you can ‘go do that with…’ is a healthy thing.”

“Go Do That With Sharon” was shot in and around Death Valley, the Salton Sea, Slab City, Salvation Mountain, East Jesus, Bombay Beach, Area 51, the ET Highway, Rachel, NV, Lake Delores Waterpark, the Mojave Air and Space Port, and other magnificent California and Nevada locations.

“The movie Romy and Michele’s High School Reunion changed my life.” Haerle shares. “Ok, it didn’t change my life, but Mira Sorvino and Lisa Kudrow are beyond adorable in the film. I’ve found myself calling up scenes on YouTube when I just wanted to relax, feel good or laugh. The song is about having a movie that you go back to over the years because it holds that special place in your heart. Romy and Michele put me back in touch with something innocent, light and good. Your movie might connect to your youth or allow you to escape real life for a little while.

“Romy and Michele” was shot in Venice, California, on the beach in front of the apartment building where the characters lived in the film. The video features both Haerle and his band.