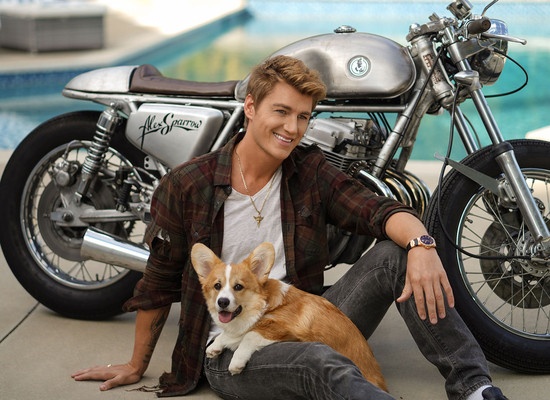 Actor. Singer. Composer. Director. Producer. Screenwriter. Car wreck and massive stroke survivor. X-Factor, Wipe Out, and Dancing With The Stars champ. Alex Sparrow’s last video, for “She’s Crazy But She’s Mine,” which he wrote, directed, and starred in, snagged more than 980 million views on Facebook, and 258 million plus on YouTube. Equal parts talent and passion, Sparrow hopes his story will inspire the next generation, that with a healthy lifestyle and positive mental attitude, anything is possible. Looking at this child prodigy’s track record so far, he really means everything. “Let’s Stay Home Tonight” is all about the quiet life, but if things like his upcoming role in Netflix’s Space Force with Steve Carell and John Malkovich keep happening, there won’t be many quiet nights in his future. Until all that makes him somehow even bigger than he already is, check out “Let’s Stay Home Tonight.

It might seem like a song called “Let’s Stay Home Tonight” was written last month to be the entire world’s new national anthem, but it was simply good timing. It was originally meant to be a simple plea to a lover to drop all their fancy plans for a date night. But it turned out to be a slice of pop that’s perfect for our current shared experience. It’s a breath of fresh air, with some plucky acoustic guitar, pan flute, and a breezy, bouncy beat that all add up to the ultimate ooh and ahh musical escape. Sparrow’s playfully sexy, all-around sweet request for some one-on-one time is some catchy, delirious ear candy. Whether you check the box for Introvert or Extrovert, Sparrow’s proposition is one that’s ridiculously easy to say yes to. Sparrow written, produced, and directed the “Let’s Stay Home Tonight” video, which sees him on a quest for some precious rarities: hand sanitizer and toilet paper.