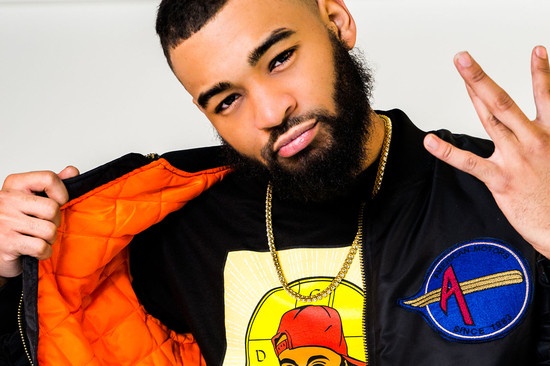 You might not hear West Baltimore Hip-Hop right off the bat on a Cutty Kev track, but that side of town’s grind comes through loud and clear. He’s made a name rhyming about everyday people and situations, dropping singles folks can bob their heads to and relate to. He started spitting when he was still in the single digits, where the school cafeteria was the club and he emulated his idols, like Cash Money Hot Boys, Jay Z, and above all, Tupac. By 15, he had scraped together some home recording gear and was DIY-ing it, eventually cutting a few mixtapes: Cutty Muzik, We Are So Swagg Vol 1, and New Heat. After passing out CDs at his place of employment Cutty’s music caught the ears of Got Ta Know Enterprizes, who signed him up in 2016. “Trap Fashion,” featuring a killer verse from fellow Baltimore native Tae Wilson, is the second single off his GTK debut 2econd Chanze, and it’s the work of a dude who is clearly gunning for that top spot.

Cutty tapped GTK’s in-house beat guru Renzy808 to produce and bring an uptempo bounce that keeps up with these MMC’s combined bravado and energy. His rapid-fire, melodic flow weaves a tale of a rapper who’ s made the jump to fame and fortune, from being underpaid and overlooked, to a life of paparazzi flashbulbs and a zero-f**ks bank account. Tae Wilson is a member of Cutty’s So Swagg crew and plays off Cutty’s hook with the ease of someone who’s been right there with him since back in the day. Cutty and Tae are all about That Life, but they’re really celebrating any and all hustlers out there making moves and leveling up their own lifestyle. Baltimore’s new ones to watch are telling it like it is, playing the game, and rewriting the rules in “Trap Fashion.”

Director Jotti Art let Cutty and Tae do what they do best: have a blast eating up the spotlight, hanging out, and bouncing bars off one another like this was any other day. Unlike any other day, though, they’re living the dream and showing it off in this performance clip. Not that these MMCs’ genuine charisma and presence need any help, but having Porsches, Mercedes, and a Ferrari to lean on definitely doesn’t hurt. Adding to the eye candy in the driveway of this stonewalled mansion are a few models, the kind that surely await those rappers who see their grind turn to gold. “Trap Fashion” feels like the beginning of big things for the kid who used to freestyle in the caf. Something tells us that in a very short time, he’ll be looking back at this video and saying, “See, I told ya!”