“Some girls deserve songs written for them,” Joe Wistrcill of Reverse Mechanic assures us, “while others should be the subject of entire albums.” With “Head In The Clouds” and the accompanying album Best Proposal Ever, Wistrcill leaves no room for doubt about the category his beloved Angela falls into. The Minnesota-based rapper, singer, and songwriter is head over heels for his girl, and he wants to make sure that she knows – and the world knows – in the most impressive way possible. Best Proposal Ever, a twenty-two-minute set, is a spectacular visual record of the culmination of a courtship that takes Joe and Angela all over the city they call home, leading to the most spectacular proposal we’ve ever seen. “Head In The Clouds” is the vertiginous peak of the thrill ride. 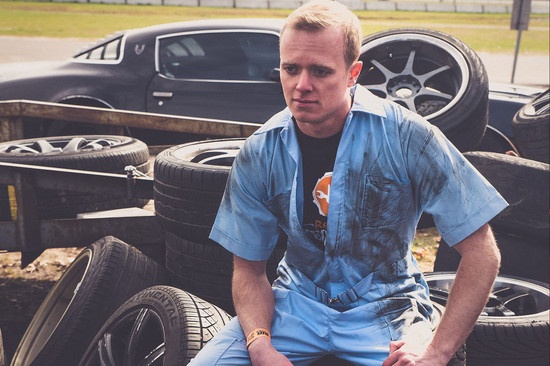 By the time you’re finished with the clip, you’ll realize two things. First, and most obviously, you’ll be astounded by Wistrcill’s passionate love for his soon-to-be fiancé, represented by the extreme level of detail and coordination it took to successfully pull off this entire proposal. Secondly, you’ll become aware of another love: the one he has for the town he calls home. The “Head In The Clouds” clip and the Best Proposal Ever visual albums are Minneapolis-St. Paul travelogues, capturing the historic charms of the Twin Cities. The happy couple visit Can Can Wonderland in industrial St. Paul, the magnificent Cathedral of Saint Paul, Tullibee – the restaurant famous for bringing the tastes of Minnesota to patrons’ plates, and the many leafy, welcoming residential neighborhoods that ring to the city core. It’s no surprise that the proposal climax happens at Minneapolis’ romantically renowned and historic Heights Theater, the oldest operating theater in the Twin Cities.

The Twin Cities are famous for a fearless fusion of rock and funk, soul, and gospel, which “Head In The Clouds” proudly exemplifies.. The track is an audacious hybrid of hip-hop and guitar pop, featuring clever and passionate rapped verses and an instantly memorable sung chorus. Reverse Mechanic switches between modes with the confidence of a shape-changer and the defiance of an artist who plays by no rules but his own.

It’s obvious that in the midst of Wistrcill’s grand, extravagant gestures, it’s true holy matrimony he’s after. The footage of the young couple in the “Head In The Clouds” video is gorgeous in its wholesomeness. Here are two young people willing to put their absolute dedication, passion, and rare zest for life on display for the world to see, providing a beautiful model for other lovers to follow.