ILYAH’s new single “Habibi” carries on the work he’s established in recent history with earlier singles. It’s the latest mile marker in a trip that’s taken the Boston based Moroccan performer from his status as a fledgling YouTube poster with a small but rabid fan base to one of the most promising talents working in the music world today. It’s easy to hear his music and regard him as an already polished musical artists, but the future will likely reveal many additional layers to his potential. The new single has instant global appeal thanks to the confident way ILYAH crosses countless cultural lines in both the songwriting and video presentation. 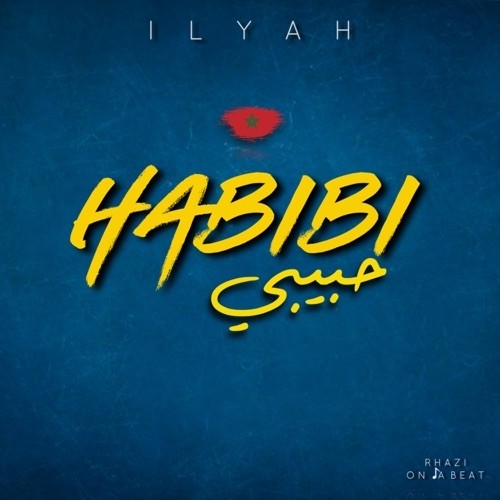 He incorporates French language passages into the song but they won’t prove to be any obstacle to those who don’t speak the language and add to the overall atmospherics of the track. He positions those French language passages near the song’s chorus and they help enhance the transitions into his most memorable refrain yet. There’s a sort of breathy intensity in the way ILYAH tackles the lyrical content, but it’s never overplayed. It’s obvious he owes a tremendous debt to modern pop music, but classic and modern R&B as well.

The musical arrangement always seems like its about to burst out and carry the listener away but it never does. The instrumental cornerstones of the performance are electronic in nature, but the synths, keyboards, and electronic drumming exude an enormous amount of warmth despite their origin. The song’s video features some marvelous consumes and a number of performers, but ILYAH remains the center of the camera’s attention throughout the course of the video.  It’s a compelling visual accompaniment for the cut.

His past single releases deserve notice as well. It’s easy to hear, taken in total, why 98 Degrees founder Jeff Timmons chose ILYAH to take part in his new boy band Overnight. “Girls Like You” has an extended electronic opening before the track begins in earnest and it’s another example of his command over modern pop music. The video shows off aspects of ILYAH’s personality that other videos don’t readily reveal. “The Only One” once again illustrates ILYAH’s penchant for constructing infectious choruses and his skill for exploiting them to the max. The video is another vivid example of his ability for uniting colorful visual accompaniment with his upbeat music.

The single “Miscommunication” is yet another winner and easily the equal of “Habibi”. There’s a lot of maturity running throughout ILYAH’s music, but this single ramps that up even more. It has the same strong chorus defining other singles and he sets the electronic backing aside in favor a more traditional musical approach. The video for the track takes things in a different direction than the earlier singles in the way that “Miscommunication” makes use of a storytelling approach rather than the customary take we see from many videos. ILYAH is a formidable talent who seems years away from exhausting his creativity and I get the feeling, listening to these tracks, that he’s only scratched the surface of what he’s capable of.