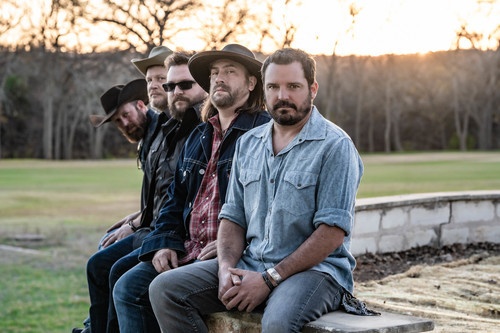 Today, the Austin, TX-based country rock band Reckless Kelly have released “Lonesome On My Own” from their upcoming album American Girls (out May 22 alongside their album American Jackpot). The song will be available everywhere tomorrow but you can hear it now on Wide Open Country.

“’Lonesome On My Own’ was another collaboration with Jeff Crosby as he toured with us playing guitar over the summer of 2019” says Willy Braun, who co-founded Reckless Kelly with his older brother Cody Braun and drummer Jay Nazz in 1996. “He wasn’t thrilled with the hook he had, so I dug around in my pile of ideas and came up with “lonesome on my own,” a line from a song I had never finished. It fit pretty well with Crosby’s original idea so we finished it up and tracked it in July. We recorded a version with Jeff playing guitar before he had to fly back to Nashville, but after listening a few times, we decided it was too fast and tracked it again. It was a bummer to lose his parts, but the end result was worth the do-over. It became the only song on the album without any lead guitar, a rarity for any Reckless Kelly record.”