Guitars can be processed, signals can be synthesized, vocals can be manipulated, and beats can be programmed, but one thing in popular music that can never be faked is the sound of a real gospel choir. The church choir has power and authenticity that comes through immediately – wonder-working, life-changing power. Not only do you know it when you hear it, you know it because you feel it, too. 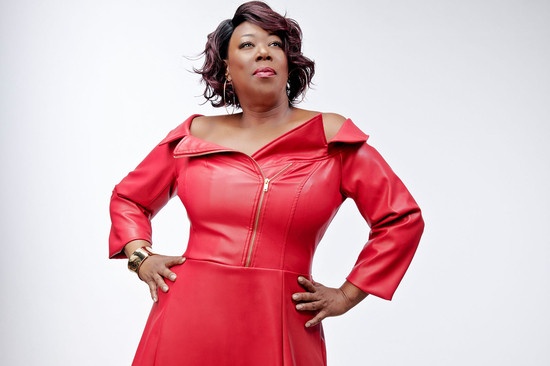 Every good choir needs a great leader: a singer and praise-giver who lifts the musicians as high as they can go. On “I Am More Than A Conqueror,” the formidable gospel artist Tõnya Lewis Taylor proves that she’s a leader like that. Not only is she a vocalist who testifies to the irresistible strength of the spirit with every note she sings, she’s a living conduit for the power of the Word, and if you’re in her vicinity, no matter who you are, you’re bound to feel inspired.

A former celebrity publicist/marketing executive in the music industry, her work includes a tenure at Roc-A-Fella Records. Her gift of spreading the good word helped her make Billboard’s Top 15 with her single, “Thank You” with the release of her debut album Delayed But Not Denied, and again hitting Billboard’s Top 20 with a song from her 2016 sophomore album, I’ve Got To Win entitled, “I’m a Winner”. She’s been featured throughout the media and has been the recipient of numerous other awards. Taylor has also applied her faith to her writing – her recent book Be You Not Her – is a manual for self-actualization and healthy living. She’s employed that energy to her philanthropic efforts on behalf of her I Will Graduate Youth Development Program, and is also the Co-Founder/Executive Director of Entertainers 4 Education Alliance, a non-profit organization that enlists celebrities and high-profile individuals to stress the importance and coolness of being educated, headquartered in New York City. Her work has been celebrated by New York City Mayors de Blasio and Bloomberg, as well as former NYS Governors Cuomo and Patterson for outstanding service—declaring I WILL GRADUATE DAY for the city and state of New York. But she never applies herself with more ferocity and intensity as she does when she’s in the vocal booth. There, she’s absolutely searing – completely committed to the Almighty, and dedicated to celebrating His goodness.