Austin Carson is an artist that goes by the name YYY, and Aquadungeonafterdark is an album filled with music that’s impossible to define as just one specific genre. The track on this wide-ranging 10-song collection that grabs your attention first is “Waste.” It’s a psychedelic little creation that audaciously borrows a melodic line from the Beatles’ ”Lucy in the Sky with Diamonds.” It’s one thing to borrow from another artist; it’s quite another thing to borrow from the iconic Beatles. This reveals guts. 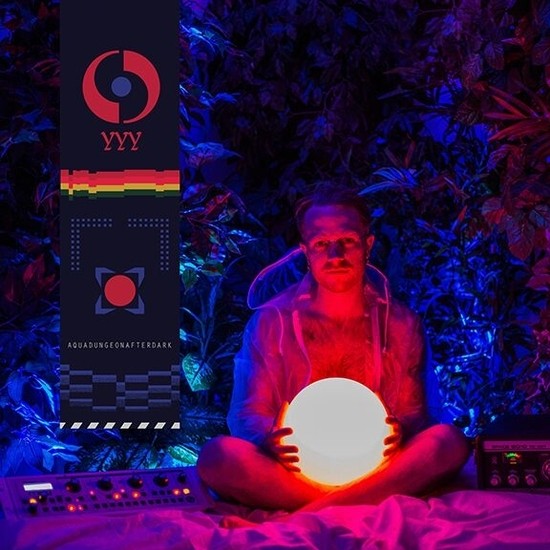 “Waste” is followed by the unusually spelled “Belayted.” It’s difficult to tell if Carson is just a bad speller, or if ‘belated’ is intentionally spelled incorrectly to get attention. Whatever the case, this song is also psychedelic, while Carson semi raps its lyrics. One called “I.phillia,” takes on more of a dance-pop vibe. Sonically, the instrumentation sounds a bit like some of Weeknd’s fractured soul workouts. Instrumentally, this song utilizes many keyboard and synthesized elements to create its spacy groove. In fact, Carson makes it even more spacy by singing space-related lyrics.

A latter track, simply titled “UU,” is the pop-iest inclusion on the collection. It has touch of a power pop rhythm, mixed in with the song’s overall wooziness. As a vocalist, Carson sounds – for lack of better word – a bit like a stoner. He’s not a particularly forceful singer, nor is he naturally soulful. He sounds, from beginning to end, like a guy really enjoying the act of experimenting in the studio. He also seems to like creating headphone music. It’s difficult to imagine many of these songs getting airplay on mainstream pop radio. Instead, this is the sort of stuff you can mentally picture getting played on late night college radio.

With “And The Swords Don’t Bend,” one can hear Carson providing his sincerest vocal. Instead of the ‘bored but creative’ guy, Carson sounds like he’s truly singing and truly meaning what he’s singing. It’s quite different from the rest of this project and stands out starkly. Its instrumentation is sparse, with little more than synthesized effects and Carson’s voice.

The release closes with the percussive “Terra Incognita” which, with its synth line intro, may remind you of early solo Gary Numan. Carson sings over the track’s stomping beat with a faraway tone in his voice.

The album Aquadungeonafterdark adds up to a diverse collection of unusual pop songs. It reveals a lot of hard work from its creator, Austin Carson. It may not be an album filled with ‘hooks,’ the way many record business executives like them, so this is not Carson’s obvious play for chart domination. It’s more of a project filled with an obsessive’s dedication to creating art via alternative rock. In a sense, it’s also bedroom pop. Not the snooty, British variety, but the kind created with modern technology in Minneapolis, Minnesota, which is where Carson is from. Therefore, don’t expect to be humming these songs immediately after hearing them; instead, this is music that may take you a long time to digest it all. It’s complicated, a little weird, but ultimately rewarding. Yes, it’s difficult to describe, but in the long run, that’s usually a good thing.