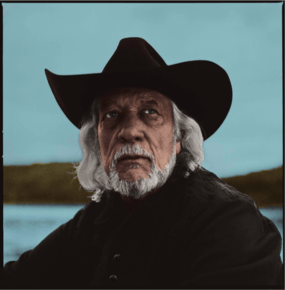 Created in the midst of a serious health crisis, Years is the product of the unlikely and, ultimately, richly rewarding collaboration between Anderson with Auerbach, who wrote all ten songs on the album together along with help from Paul Overstreet, Pat McLaughlin, Ferguson, Dee White, Joe Allen, Bobby Wood and Larry Cordle.

It began when Auerbach called Anderson simply as a fan, but when Anderson, Auerbach and Ferguson later met, they clicked as a unit immediately. On the spot, Anderson accepted an invitation to write the next day, which resulted in “Years”—the title track and emotional centerpiece of the album. Anderson’s remarkable recovery has become his testimony and it’s with Years that this testimony is told.

“We went in the studio, and I remember saying, ‘I’m going to do this like it might be my last,’” Anderson offers, “It still could be, but now the chances of that are getting slimmer and slimmer every day. I’m doing better so I’m not hardly thinking that way anymore.” He adds, “There’s a few things that I came out of this whole deal better with. Part of it is my love for music and part of it is my appreciation for my family. But the biggest part is knowing that I might die here any minute, for who knows what reason, but I know that the good Lord already came down and touched me. There’s not a doubt in my mind.”