Shot in one take by producers Harry Reynolds & Joe Alaspa, “Inebriated” takes you into an ethereal cardboard world created by Minneapolis artist & sculpture Daniel Jaffe. While your eyes move through the set and surprise figures pop in and out- including space ships and a yeti- Rae’s voice tugs at your heartstrings with lamenting lyrics such as, “I don’t want to be inebriated, I just want to feel appreciated,” and “I can’t be the one you want me to be,” the album’s title. Although Rae & Reynolds started dreaming up the concept of this video more than a year ago, it was created and proudly funded by Rae’s Kickstarter backers, who made it possible for her to finish and release her latest record. 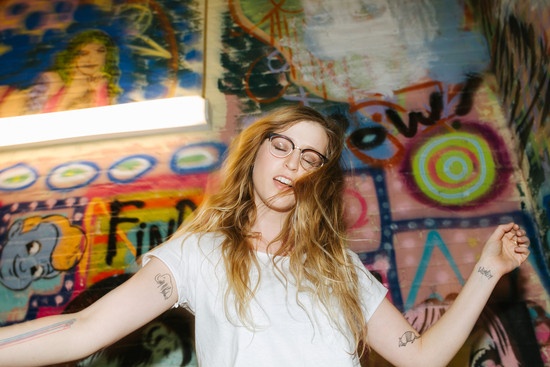 “I’ve been waiting to release this video for many months now and was so excited to have a performance at the Turf Club on the books to celebrate on release day. When this pandemic started hitting the fan and it became clear that this show, and many others for that matter, are no longer going to happen, it became even more important for me to get this video out into the world. For a collective morale boost, at the very least.” – Jillian Rae