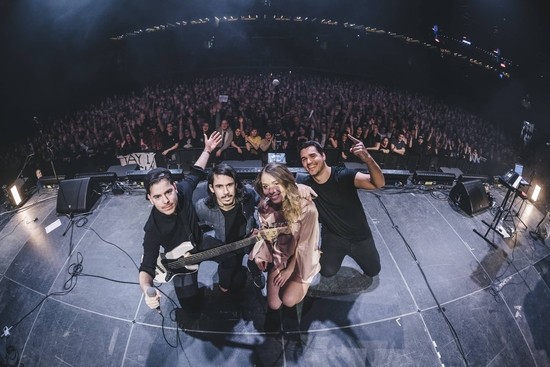 Belau is one of the most promising electronica newcomers around the European music scene. In two years they had almost 200 live performances in 23 countries. The debut full-length album, “The Odyssey” won the Hungarian Grammy in best electronic music album category. After they became Hungary’s No.1 musical export good, Belau released brand new video called ‘An Ocean With No Waves’ from their upcoming LP. The long-awaited sophomore album, titled Colourwave will be out on 27th of March. You can hear the exotic beats of the band live on their tour which starts in April.

“Take You to The Sea” – claims about their compositions. In the world of electronica duo (Peter Kedves and Krisztian Buzas) a constant buoyant mood and a sense of optimism meets innovative electronic beats. Belau takes their listeners to cheerful places, filled with sunshine, where one can relax, unwind and find peace and harmony. The music starts you on an inner journey which is a gift in our world of increasing isolation. The long term goals of the ever-growing project include the creation of multiple concept LPs, each capturing the vibe of a different geographical region around the world.