South London soul-pop pair Bad Honey have released their second single of the year ‘Circles’ and with it a delightfully delicious visual to match. Made up of Lydia Clowes and Teresa Origone, the darling duo have honed into a unique and unmistakable sound that is filled with bouncy beats, ethereal vocals and scintillating synths, creating a synergistic balance of Jazz hues, alternative soul, pop- tinges and lo-fi electronics. 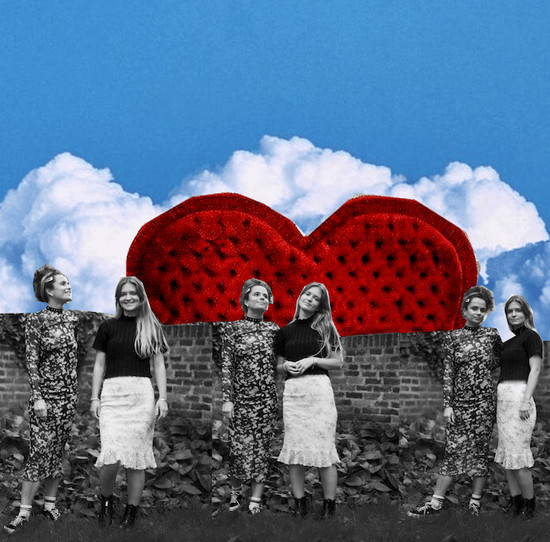 ‘Circles’ as the name suggests, will have you looping this tune on replay, over and over.

As described by the band,

” ‘Circles’ is about being in a relationship where both people are fighting their own battles, and finding strength in supporting each other. It’s a positive way of saying ‘I’ve got you and you’ve got me’, and not allowing things to go round in a vicious circle where problems are ignored and the situation gets worse. We wanted to create some cyclic motion within the music as well, so we did this via the looping arpeggiated synth in the verses, and the layered backing vocal lines in the choruses which create a canon-like effect. ” – Bad Honey.

To accompany this wonderful single, they have also released a gloriously golden, honey-like video filled with fascinating animations which blend, squiggle and flow into the next, each is an imaginative interpretation of the lyrical content, narrated by subtitles of a language that is quite literally out of this world.

Discussing the concept for the video, Bad Honey explain,

“The video is an animation made by a really good friend of Teresa’s from Milan called Michele Stella. He created moving drawings of imaginary characters and objects, narrated by a made up language.

It’s been fun to discover how one art form can influence another in such an interesting way. Our first animated video, this is exciting and we love the surreal sense of the video which goes so well alongside our music of a similar other-worldly feel.”