Project213 is a genre-mashing, frequency-blending, psychosis-inducing project created by Jared Hallock. The name harkens back to his college days: room #213 in the music building where he and his friends would hang out all night creating chaos and sounds after the regular “day shifters” went home. 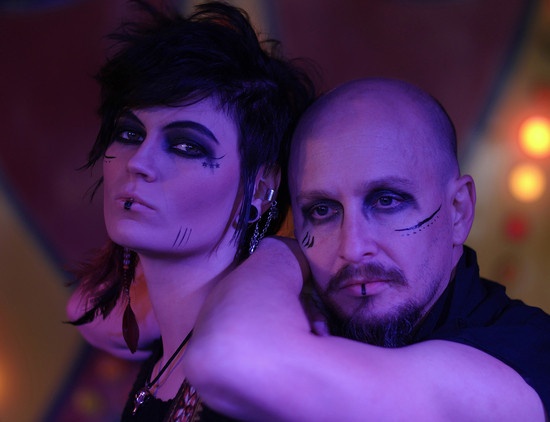 Working out of a laboratory of instruments, Project213 was started in 2005 as a project to keep that collaborative spirit alive. Initially created as a studio project, it consisted of a rotating cast of musicians. However, with their new single “Naughty Jenny,” Hallock is solidifying the project’s live line-up and writing new music!

The driving rhythms and quirky, dark undertones of Project213 blend well into Idaho’s thriving indie music scene. Festivals like Treefort and strong, supportive local venues, are fueling Boise’s artistic upswing. For Hallock, the heart of that scene is The Neurolux – you know, that bar with all the cool music history. The Neurolux, then, makes for the perfect setting for Project213’s video “Naughty Jenny.” The venue’s crown, seen lit up in the background of the video, is iconic imagery to the Pacific Northwest music scene.

Aside from Project213, Hallock works as a composer, writing music for dance, film, and web series. Among his recent projects, Hallock composed the score for the comedy web series Vagina Town. “Naughty Jenny” was named after the show’s lead character Jenny, and an early version of “Naughty Jenny” was featured in episode 4. In the song, Jenny is the object of affection, and the title of the song suggests that she has a certain reputation. Could Naughty Jenny be all she is rumored to be?