Dubgee has a lot on his mind and the ‘Truth’ is that there is not a shred of phoniness present. Dubgee raps with a purpose and he is not playin’ around on the new release. The rapper/producer hails from Vancouver, Canada and has a hat trick of his own with ‘Truth’. 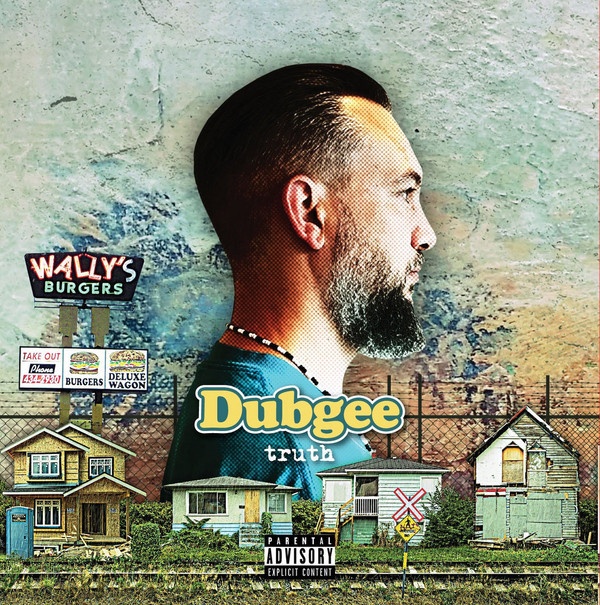 It’s worth mentioning that Dubgee wrote, produced, recorded and mixed all 12 tracks on the recent album. Dubgee spits some real ‘Truth’ on the new record and that is no joke. Nothing flashy about Dubgee or ‘Truth’; what you hear is what you get. And what you get is an overload of true hip-hop with a splash of soul/R&B thrown in for good measure.

The album starts up with the title track, “Truth”, that serves up honest lyrics and a slowed-down pace. Dubgee’s delivery on “Truth” is nice & smooth proving that he can rap like a champ. Next, on “Let The Music Heal Me”, the listener will hear a rock-solid beat with soulful R&B vocals mixed in the background. Get amped up on track three, “Coffee and C.R.E.A.M.” and then witness fresh free-styling & a steady flow on “Hustle Harder f/Attikus”. Track five, “Gotta”, displays a strong rap attack from Dubgee and then grab a quick, funky bite on “Lunch Break”. The song “Maria” comes equipped with a serious ‘n’ direct tone where a real story is being told and feelings galore are hitting you. I am feelin’ “Time For Some Action” with its catchy hook that will get you movin’. Dubgee is bringin’ the heat and his A-game on “Time For Some Action”; no BS! Track 10, “Hittin’ My Stride”, has that bounce factor that is well-suited for the club scene whereas the next song, “Off Duty”, includes a sample from a classic Bo Diddley number. “Off Duty” was a pleasant surprise and have to say Dubgee is on it and in the zone here. The album ends with a fiery finish on “Money’s Worth Nothing” that once again contains a famous sample and this time it’s from Dire Strait’s hit song “Money For Nothing”.

Released on Dubgee’s own record label, Beast Van Records, ‘Truth’ is off and running with much promise. I appreciate the true hip-hop flavor on this album along with the tight beats and soulful vibes. Dubgee has got something here for your eardrums and that’s the ‘Truth’…that’s a Rap!