“In my youth, I would walk excitedly along the Chesapeake Bay to the now extinct amusement park at Buckroe Beach, home to a Tilt-A-Whirl and other rides that go up and down and spin around,” recounts The Silent Boys’ rhythm guitarist and vocalist Wallace Dietz. 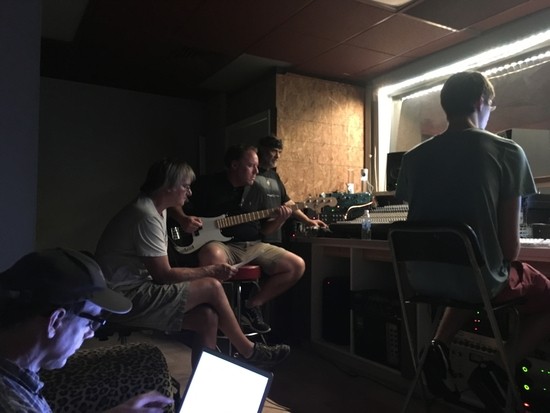 In “Tilt-A-Whirl”, the Silent Boys’ breakout single and video due February 21st, 2020, falling in love is the thrill of an amusement park ride, an exhilarating rush that leaves you feeling dizzy at times. If you can picture a young couple dragging their feet along the sand, twirling and kicking up sparks of glowing phosphorus at night, you will enter the early memory that inspired the lyric: “Could this be a dream that lasts forever?”

The Silent Boys were once a constant part of the Richmond, Virginia alternative music scene, playing the local club circuit from the mid-‘80s until 1991. Dietz reformed the group in 1999 after the release of several Silent Boys songs on various indie record labels. Since then, he has continued to write infectious songs with a nod to the guitar pop greats of the ’80s—The Feelies, REM, The Smiths, The Go-Between etc. with a sound, as one writer noted, comprised of “Ultra-melodic lead guitar, strumming acoustic, snappy drums, and expressive bass-lines (that) propel finely crafted pop songs, brimming with lyrical optimism.”