Music takes its shape in many forms. Sometimes as the background noise to your busy life. Sometimes as the escape from your rugged routine. For 2Dee, rap music was his outlet while growing up to keep him distracted from the rough patches of the Newark streets. He was born in Haiti and came to New Jersey when he was three, eventually established a mutual music connection with a few guys, and began Wyld Stylaz. 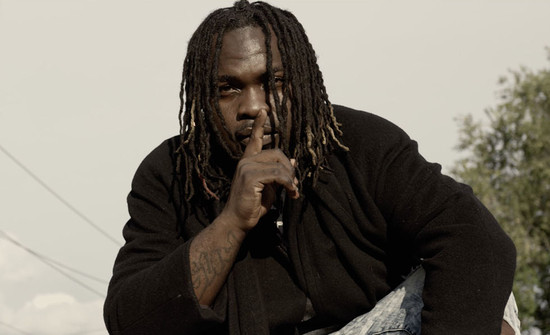 After years of success with the rap group and working with Mozzy, Zoey Dollaz, and French Montana., things began to fall apart due to legal issues some members found themselves in. 2Dee decided to embark on a solo project to focus on his own growth. He is a self-made artist, teaching himself how to mix, master, produce, and to play the guitar and piano. Now, he does it all himself with a few trusted people which includes his brother and producer (Xclusive). 2Dee finds inspiration in artists that worked their way up independently like Yo Gotti, Jay Z and Tech N9ne.

“Say Less” brings the audience to the forefront of the current political landscape in America, where the divide between law enforcement and urban/immigrant communities continues to worsen. The music video begins with a police officer demanding Xclusive’s (2Dee’s brother) information after pulling him over with no explanation. Suddenly, a gunshot breaks the silence, and the cop tries to get a grip, dazed and confused, of what he just heard. Yet every time he asks for help, he is faced with a beaten and battered person of color, covering their mouths with their national flag.

The victims are a jab at police brutality, which heavily targets minorities. The cop comes out of his manic illusion after being forced to come face to face with wounded black prisoners and lets Xclusive (2Dee’s brother) go after imagining one last injury on his face. The hallucination represents the all-too-familiar ending for many victims of police brutality, who have learned to mind their business and keep hustling despite the irreversible physical and mental damage they receive from the people that are supposed to be protecting them.