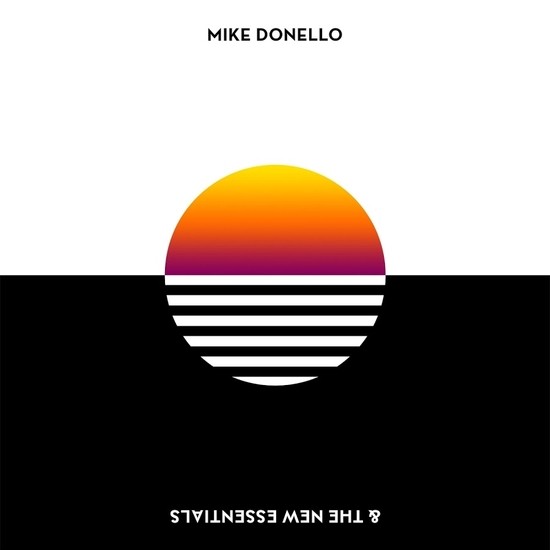 Without even the slightest hint of hesitation, electrified strings collide and paint us a picture of lurid melodic mysticism as we start in on the new EP from Mike Donello & the New Essentials, Mike Donello & the New Essentials, and while this first track in “Fun and Games” is perhaps the most swaggering that the record will have to share with us, it’s in no way the lone exhibition in tempered R&B testosterone skewed with mild pop vocalizations of the most urbane variety. Donello is a soul man in this opening cut, and though his band puts up one of the finest backdrops he could ask for, all of the attention in the room is constantly trained on him and him alone here.

In the wake of “Fun and Games,” we find the glowing strum of an alternative rock-style guitar riff inside of the first few seconds of “Setting Things in Motion,” but the change in pace from one song to the next doesn’t create chaos in the flow of the tracklist – the opposite, actually. Donello’s voice is still in the center of the mix, attracting us closer as the drums crash into each other and create a vortex of rhythm that even the most devoted of wallflowers wouldn’t be able to resist on the dancefloor. Grooves are very important to the New Essentials, and if that isn’t obvious in the first track here, it’s made more than abundantly clear by the time that we get into this second single-caliber tune.

“A Better Day” turns the heat way up as we get into the guts of Mike Donello & the New Essentials, and along with “Roll,” it just might be the most seductive moment of the entire EP. The rhythm of the New Essentials and the rhyming of Mike Donello come together in surreal cadence in both of these tracks, and even when it feels as though the ebb and flow of the music is going to cause our speakers to collapse into a heap of smoldering ash, the disciplined style of the harmonies never allows for either song to become sonically overwhelming in any way. In this sense, this extended play might be the tightest of its kind out right now, which is quite a complement in today’s refined indie underground.

Mike Donello & the New Essentials finishes us off with one last salvo of R&B swing in “Southside” before disappearing into the silence from which it came some twenty minutes earlier, and the temptation to play everything all over again often proves too hard for listeners to resist (this one included). Donello and his band aren’t breaking the mold with any of the material they’re presenting to us in this greenhorn EP, but what they are doing is taking back the identity of American crossover pop in a way that has got to make their mainstream counterparts just a little bit jealous this February. I look forward to hearing more out of this brand soon, and hopefully it won’t take them too long to assemble a full-length studio album as alluring as this debut record is.