Washington has been one of the states leading the charge as far as legalized cannabis. Initiative 502 passed in the state years ago, and it legalized recreational marijuana use for adults, but with restrictions. 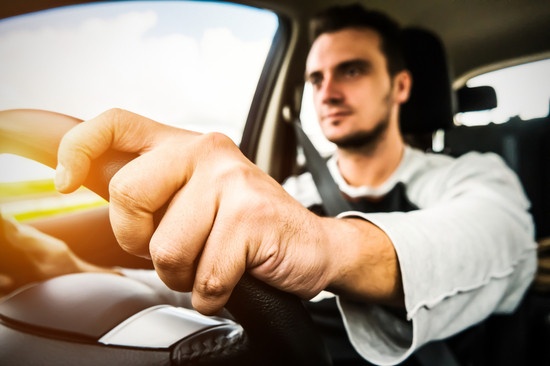 For example, one restriction is that only adults who are 21 and older can buy and possess marijuana. There are limits on how much marijuana you can purchase at once, and you can’t consume marijuana in public view.

It’s illegal to travel with marijuana outside of Washington as well, but what about driving?

How could getting caught driving under the influence of marijuana affect your license? Could you lose your license, and how does the Washington Department of Licensing (DOL) handle these issues, along with the legal system?

It gets a bit complicated.

The following are some key things to know about driving and marijuana in Washington, as it stands now.

However, it’s difficult to measure this, which is why it’s a controversial and a gray area in the state.

THC is the psychoactive ingredient in marijuana, but it can stay in your system long after you actually use marijuana, unlike alcohol.

You could potentially be driving and not influenced by the effects of marijuana at all, but a drug test could still show it in your system.

One way Washington is dealing with this issue is by working to train more officers to look for the signs of active marijuana use when they stop drivers, but again, it’s complex.

If an officer does roadside tests, and they feel a driver is under the influence, they need a warrant to do a blood test.

AAA recently released an official statement coming out against the recreational marijuana legalization because they said it brings inherent traffic safety risks and also creates challenges in how laws are written to protect public safety.

Research conducted by the AAA Foundation for Traffic Safety found the percentage of deadly crashes involving drivers who tested positive for cannabis has doubled in Washington since the state made recreational marijuana legal. AAA said they are concerned the legalization of marijuana can lead to more dangerous drivers and ultimately more deadly drivers on the road.

However, AAA didn’t say their study showed causation, but only correlation.

Before the release of that study, AAA released a different study reporting 15 million Americans drove after consuming marijuana in the past thirty days. Seventy percent of survey respondents said they felt it would unlikely they would be pulled over for driving under the influence of cannabis.

According to the National Institute on Drug Abuse, marijuana is the drug most frequently found in the blood of drivers involved in accidents, including fatal crashes.

There were two large-scale studies in Europe that found drivers with THC in their blood were around twice as likely to be at fault for a deadly crash than drivers who hadn’t used drugs or alcohol.

There have been several meta-analyses of studies that found the risk of being in a crash goes up significantly after marijuana use.

Marijuana may affect judgment, coordination, and reaction time. There is also evidence of a direct relationship between the concentration of THC in the blood and impaired driving.

What If You Are Pulled Over?

If you’re pulled over in Washington under the suspicion of driving under the influence, you are impacted by what’s called implied consent. If you operate a motor vehicle in Washington, then you are implying you’ve given consent to have your blood or breath tested to determine if drugs or alcohol are in your system.

If you refused to take the test, your driving permit or license could be revoked or denied for at least a year, and a refusal to take a test can be evidence used in a criminal trial.

All this means that yes, you can get a marijuana DUI in Washington, and driving while under the influence of any psychoactive substance including THC, can be deadly. The issues in Washington are likely to become relevant in other states around the country as marijuana is increasingly legalized.