It is with great sadness that we announce that Andy Gill died today, aged 64, in a central London hospital after a short respiratory illness. 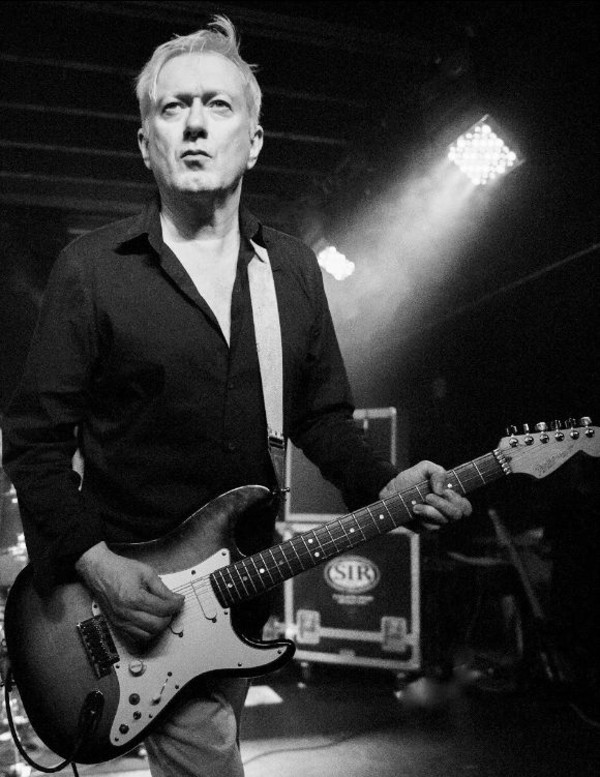 Andy, often cited as one of the world’s greatest guitarists, left his mark on his own music, as founding member of Gang of Four. In pioneering the band’s sparse, jagged sound and looping feedback, Andy also inspired and informed generations of musicians. A ground-breaking composer and a brilliantly innovative producer, he worked with artists including the Red Hot Chili Peppers, the Stranglers, the Futureheads, Michael Hutchence, Bono, Therapy and the Young Knives.

Gang of Four is considered one of the most influential British rock bands of all time, with their post-punk sound defining a whole era of new music coming out of Britain in the late 70s. Gang of Four continued to evolve, innovate and remain vibrantly relevant, touring extensively in North America, Europe, Australia, New Zealand and the Far East just last year and continuing to release new music, with latest album Happy Now out in 2019, and a new studio album just finished. Political and pointed, Gang of Four’s debut album Entertainment! (which celebrates its 40th anniversary this year), has been listed as one of the greatest albums of all time in Rolling Stone, Pitchfork, among others. Respected writer David Fricke of Rolling Stone called them “probably the best politically motivated band in rock & roll.”